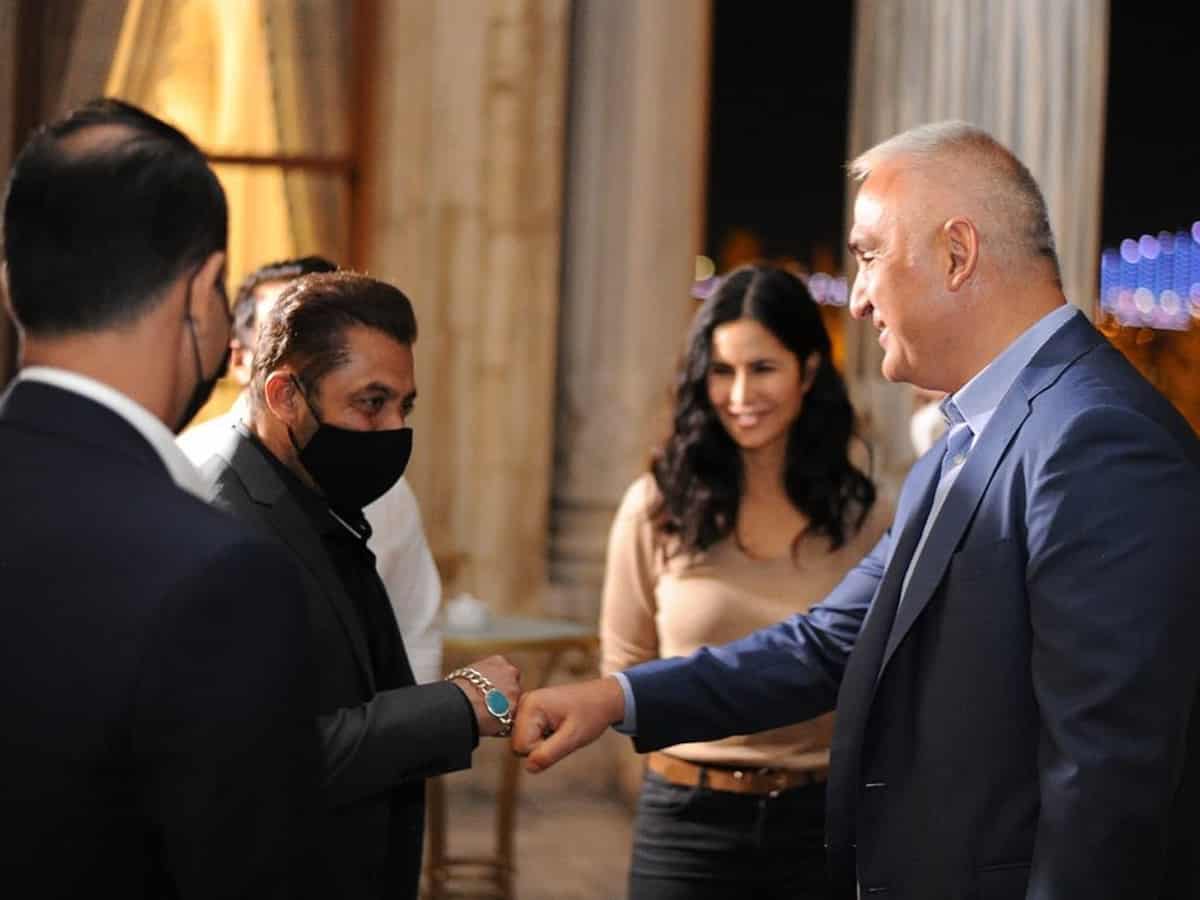 The on-screen best Jodi of Bollywood, Salman Khan, and Katrina Kaif are currently in Turkey for the shooting of their upcoming movie, the sequel to Tiger Zinda Hai. The actors were hosted by Turkish businessman-politician Mehmet Nuri Ersoy, who is the Minister of Culture and Tourism.

Ersoy shared pictures of his meet with Salman and Katrina on his Instagram. He wrote in Turkish that the country will support and keep hosting international stars and film projects. The pictures show Katrina and Salman posing with him and other officials.

In one of the photos, Salman Khan also does a fist bump with the minister. The pictures are now going viral and fans are elated to see Sallu Bhai sharing rapport with the Turkish minister.

The actors were earlier shooting for Tiger 3 in Russia and a picture of Salman’s new rugged look went viral from the sets. Tiger 3 will be the third installment, directed by Kabir Khan. Salman Khan will reprise his role as special agent Avinash Singh Rathore while Katrina Kaif will be seen again as Zoya Humaini.