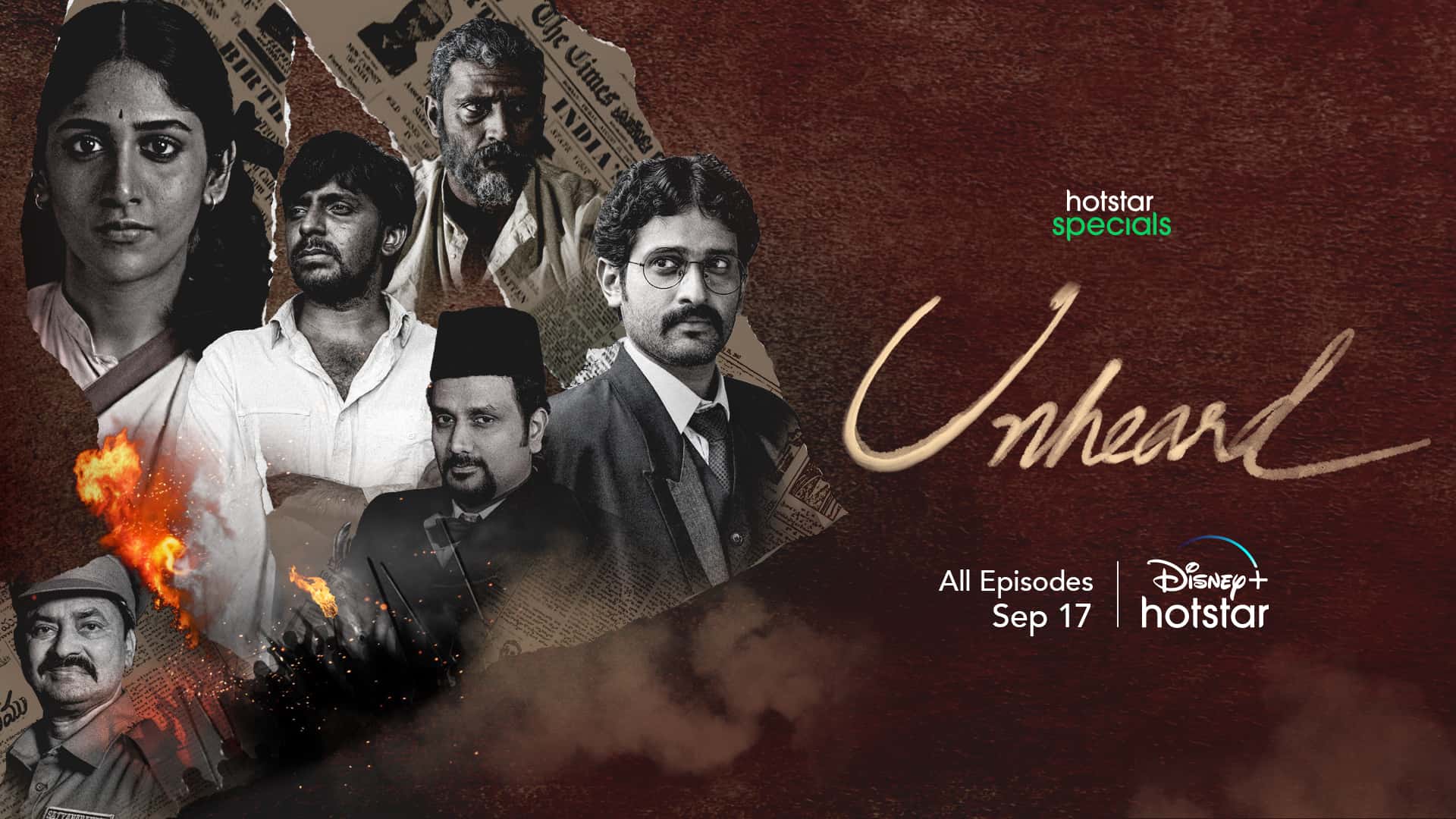 India’s most-subscribed OTT platform Disney+Hotstar is all set to release its first Telugu original Unheard. Hotstar has unveiled the first look poster of the series just about a while ago and confirmed that all episodes will premiere from September 17.

“As a nation seeks to be born, the common men and women of Hyderabad stand witness to the largest human struggle to break the chains of bondage- Hotstar Specials Unheard, All episodes streaming on Sep 17th,” tweeted Hotstar along with the first look poster.

Going by the statement, it looks like the show revolves around the life in Hyderabad state under the rule of Nizam during the Indian Independence struggle.

Unheard is directed by Aditya KV and produced by Radhika Lavu of GOD (Gods of Dharmapuri) fame. Abhiraj Nair has handled the cinematography of it. Chandini Chowdary, Priyadarshi, Avasarala Srinivas, Ajay, Baladitya, and Chakrapani played pivotal roles in the series. Music composed by Naresh Kumaran, Song sung by Kaala Bhairava, and Lyrics by Krishna Kanth (KK).

Earlier this year, Vice President of India, Venkaiah Naidu watched a special screening of the series and lauded the entire team. He tweeted, “This evening watched a historical drama ‘Unheard’ that poignantly captured the trials and tribulations of common people in Nizam’s Hyderabad and their penchant for Free India and Hyderabad’s integration with such India.”

“Glad to have spent quality time reconnecting with the course of the freedom struggle as the ‘Azadika Amrit Mahotsav’ just got underway. I complimented producer, @RadhikaLavu of Ellanar Films, trained in film making from London, and Director @Adityakv16 and the crew. @actorpani,” he further added. The trailer of the series will be out soon.