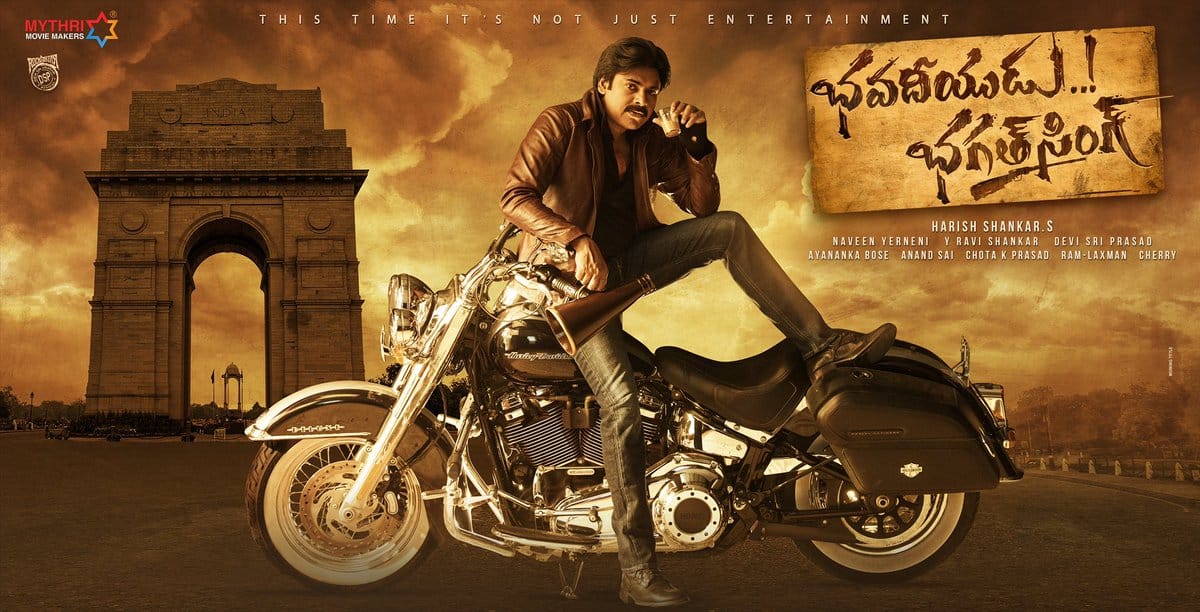 “We all need your… Blessings & Best wishes…. Let’s rock again….. #BhavadeeyuduBhagatSingh,” tweeted director Harish Shankar. The first look poster has Pawan Kalyan sitting on a luxury Harley Davidson bike and having a ‘Chai’ in a ‘GLASS’ on the backdrop of India Gate in New Delhi.

The title poster has a gun below the characters which raises a little curiosity while it also suggests that the film is set against the backdrop of the national capital. Director Harish Shankar is promising that this time it’s not just entertainment and he exactly knows the plus of Powerstar fans and what would be they anticipating from Pawan.

‘Bhavadeeyudu Bhagat Singh’ is expected to roll from Dussehra and is aimed for summer 2022 release.

Devi Sri Prasad will be composing music and Mythri Movie Makers will be bankrolling the movie.