Pic Talk: Guess The Young Lady With The Legends 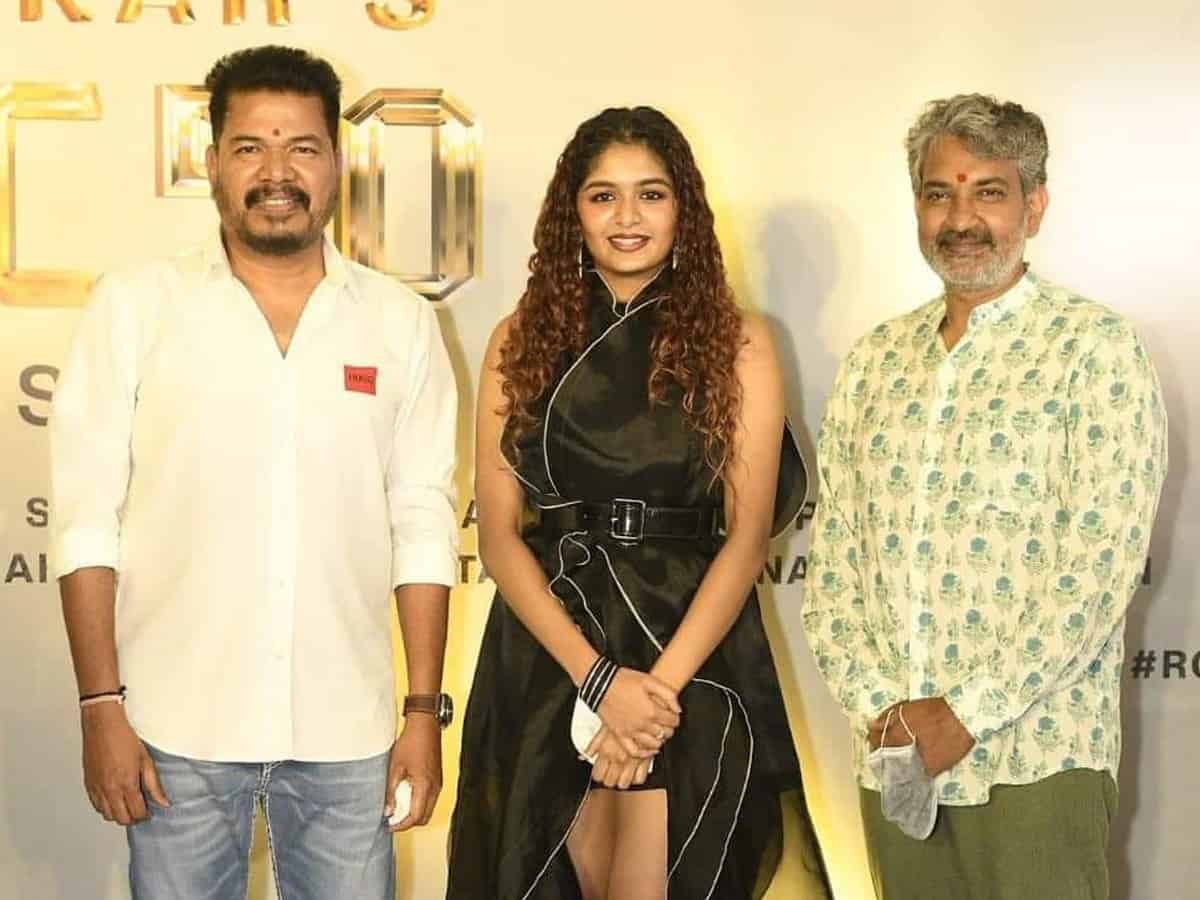 During the grand launch of Ram Charan’s new film under Shankar’s direction, a lot of film personalities graced the occasion. SS Rajamouli and Ranveer Singh attended the launch as chief guests while Chiranjeevi was present there as a special guest. A young heroine is also seen at the event and she later posed with Shankar and Rajamouli. She is none other than Shankar’s daughter Aditi.

Aditi’s maiden project was announced recently. She will be the leading lady in hero Karthi’s upcoming film Viruman, which is being directed by Muthaiya.

Aditi’s first look poster from the film was released a few days back and the entire Kollywood gave her a grand welcome into the industry.

After the announcement, Aditi made her first public appearance the other day at the launch event of Shankar’s next film with Ram Charan.

At the event, Aditi posed alongside her father and another maverick director SS Rajamouli and shared the picture on social media. “With two of my favourite directors. What an honour @shankarshanmugh @ssrajamouli garu,” she captioned the picture.

Meanwhile, Telugu fans are hoping to see this young lady in a straight Telugu film soon.