‘I Was Madly In Love With Kohli’ 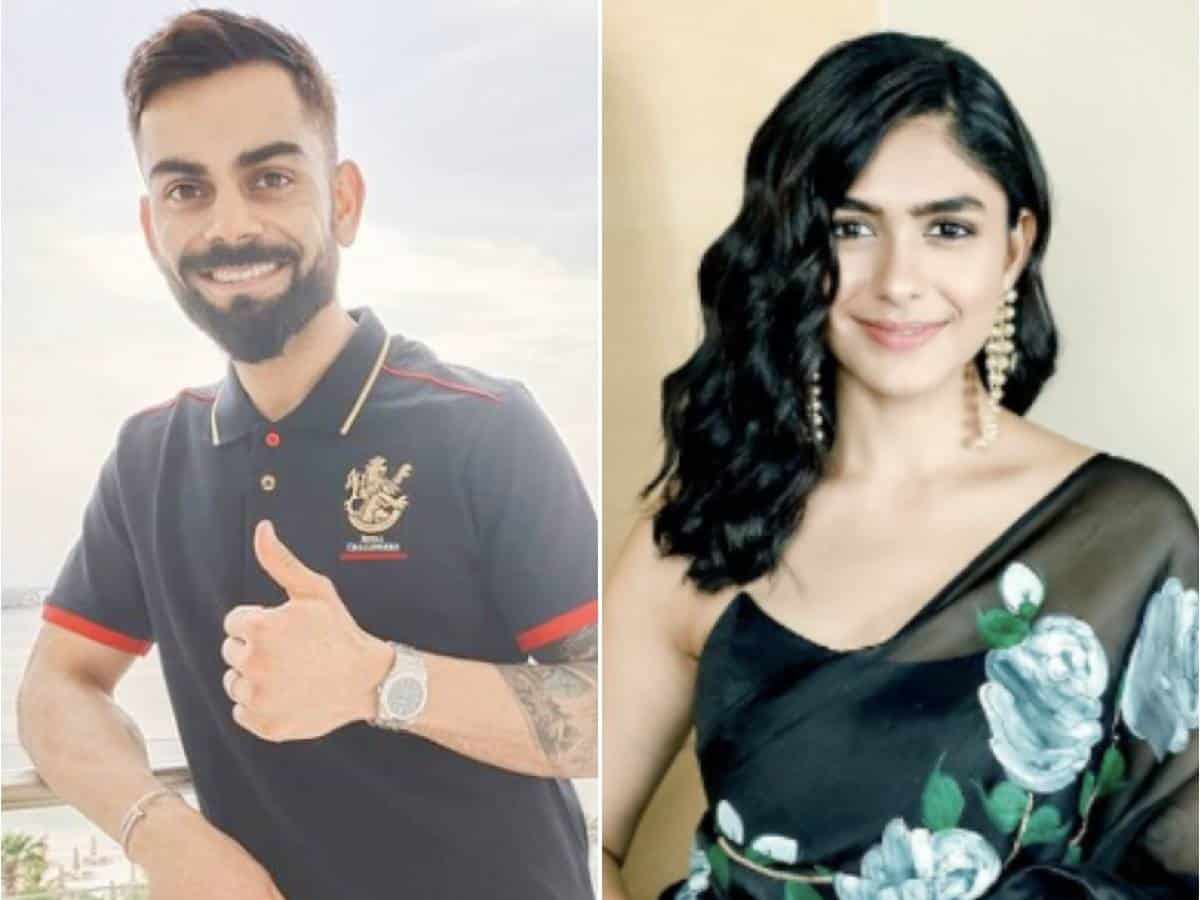 Virat Kohli has a humongous female fan following and girls figuratively swoon over his fashion, style, and attitude. Not only the common public, but even celebs such as actress Mrunal Thakur also confessed her love towards Kohli.

The actress, who was seen in movies like Super 30, Batla House, Ghost Stories and many more, said that she was once ‘madly in love’ with cricketer Virat Kohli. Mrunal also says that she is very fond of cricket and often goes to stadiums to watch live matches along with her brother.

Currently, she is busy with a cricket-themed film, a Telugu remake of Jersey, opposite Shahid Kapoor. The actress said “There was a time when I was madly in love with Virat Kohli. I started liking cricket because of my brother who’s a big fan. I have fond memories of watching a match live at a stadium with him around five years ago. I remember I was wearing a blue jersey and cheering for team India. Cut to today, I am part of a cricket-based film like Jersey. It is such a happy coincidence.”

Jersey is directed by Gowtam Tinnanuri and is slated to hit the theatres this Diwali (November 5). Mrunal has also joined the cast of the Hindi remake of the Tamil film Thadam. She will be seen playing a police officer in the film.