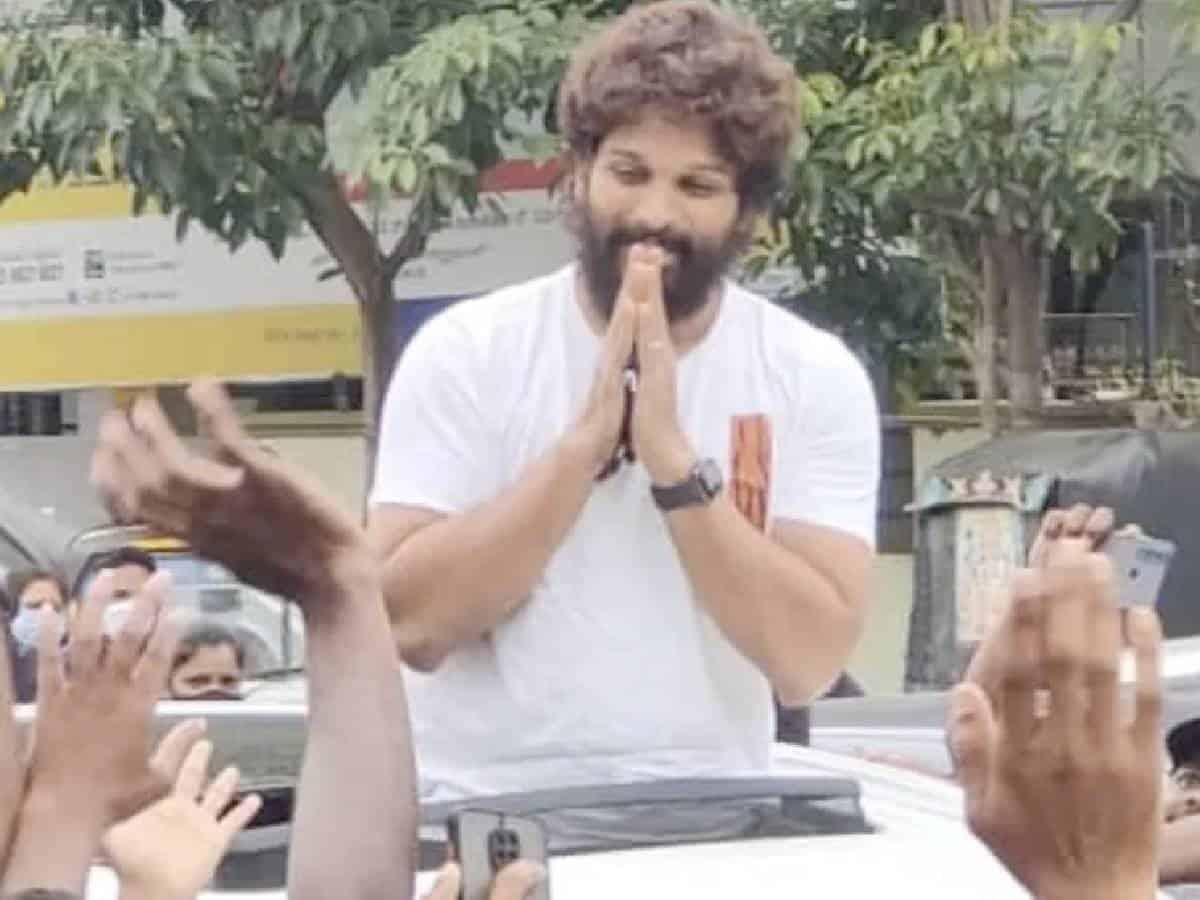 Icon Star Allu Arjun is currently busy with the works of his upcoming film Pushpa. The new and final schedule of the movie was supposed to be held in Maredumilli Forest. However, incessant rains have resulted in the postponement of the shoot.

According to the sources, the makers planned a lengthy schedule in Maredumilli forest, where the first schedule was also shot. However, the team had to postpone the shoot now due to heavy rains in the region. Both the Telugu states are being flooded with heavy rains for the last few weeks.

Apparently, the makers have left the location and went for shooting in Kakinada. While Allu Arjun was leaving, his vehicle was surrounded by a huge number of fans and he has waved at them from his vehicle. These pictures are now going viral on social media.

Pushpa is being directed by Sukumar and features Rashmika Mandanna as the female lead. Fahadh Faasil is playing the antagonist role in it.

The story of Pushpa revolves around red sandalwood smuggling and features Allu Arjun in the role of a lorry driver-cum-smuggler.

Pushpa is being made in two parts. The first part will release during Christmas 2021.