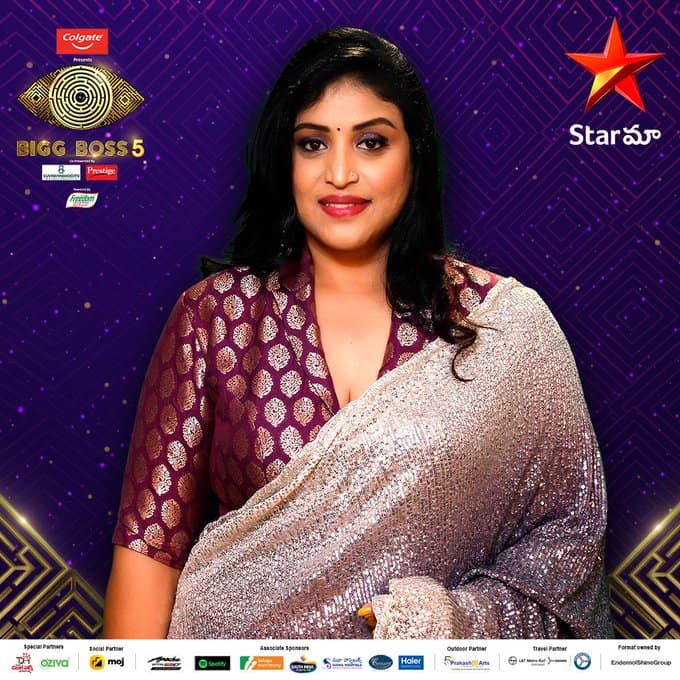 Bigg Boss Telugu season 5 has entered its second week the other day. As per the tradition of the show, the nominations were held in the last night’s episode. This time, Bigg Boss divided the housemates into two groups and asked each member to pick two nominations from the other group.

Keeping aside the nominations, what grabbed the attention of the viewers last night is the attitude of Uma Devi. The senior artist is very outspoken and that was seen in the first week. But she unleashed her character on a full scale in yesterday’s episode.

She has lashed out at most of the contestants on the show and also used abusive language on national television. She fired at Anne master, who told that Uma’s attitude towards the housemates is objectionable.

Uma alleged that everyone is being fake and trying to give over-respect and false fear towards her. She said that there is no need of showing respect to her at all. She nominated Anne and Vishwa. Later, Swetha Varma, despite being Uma’s teammate, has fired on the latter for using abusive language on fellow woman Anne.

This is the first time in the history of Bigg Boss Telugu where a contestant used cuss words not once but multiple times. Though the channel muted her words, the language is objectionable. Many netizens felt that the makers should take appropriate action on Uma for using such a language on television. But, there are few who want Uma Devi to continue in the house to provide entertainment.

The following are some of the viral responses on social media for Uma Devi’s segment in Monday’s episode.