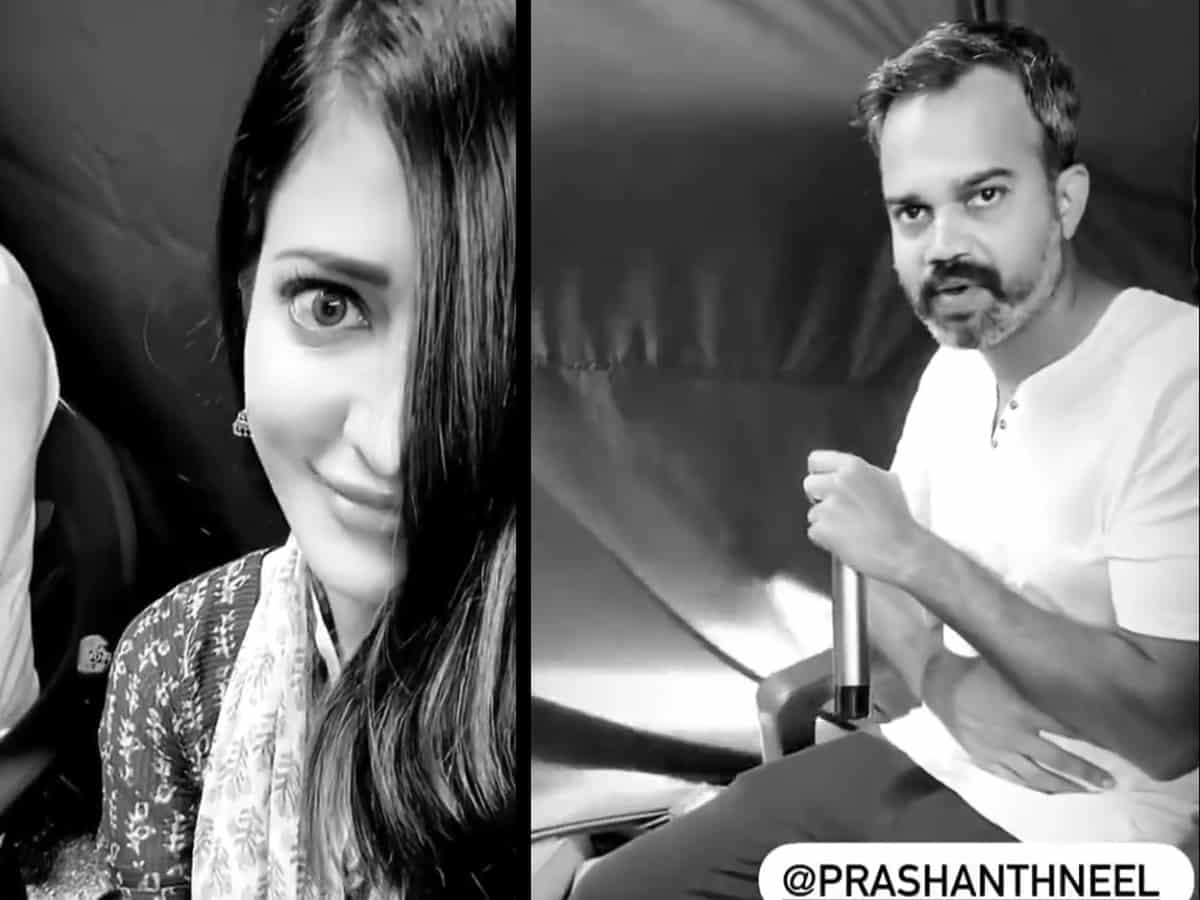 Salaar is one of the highly-anticipated flicks with Prabhas and KGF Director Prashanth Neel collaborating for the first time ever. The team of Salaar is currently shooting for the fourth schedule in Mumbai.

Shruti Haasan, who is the lead actress in the film, landed today in Mumbai, to begin her part of the shoot. She treated her fans with a small clipping from the sets and it shows her hobby of irking the filmmaker.

In the video, Shruti can be seen slyly capturing Prashanth Neel who was not camera-ready and they both laughed in the end. Shruti loves annoying the director as previously too, the actress shared a picture and called herself a legend as she has managed to make him laugh. Looks Like Mr Neel is also enjoying Shruti’s jovial behaviour.

The team of Salaar wrapped a 10-day long schedule in Hyderabad last month. And now the remaining schedule’s shoot is going at a fast pace. Salaar is officially scheduled to release on April 14, 2022.

The film is an underworld action-drama and features Prabhas in a dark, violent role. Salaar is produced by Vijay Kiragandur under the banner of Hombale Films. Music is composed by Ravi Basrur.