Truth behind fancy gifts to the man who saved SDT 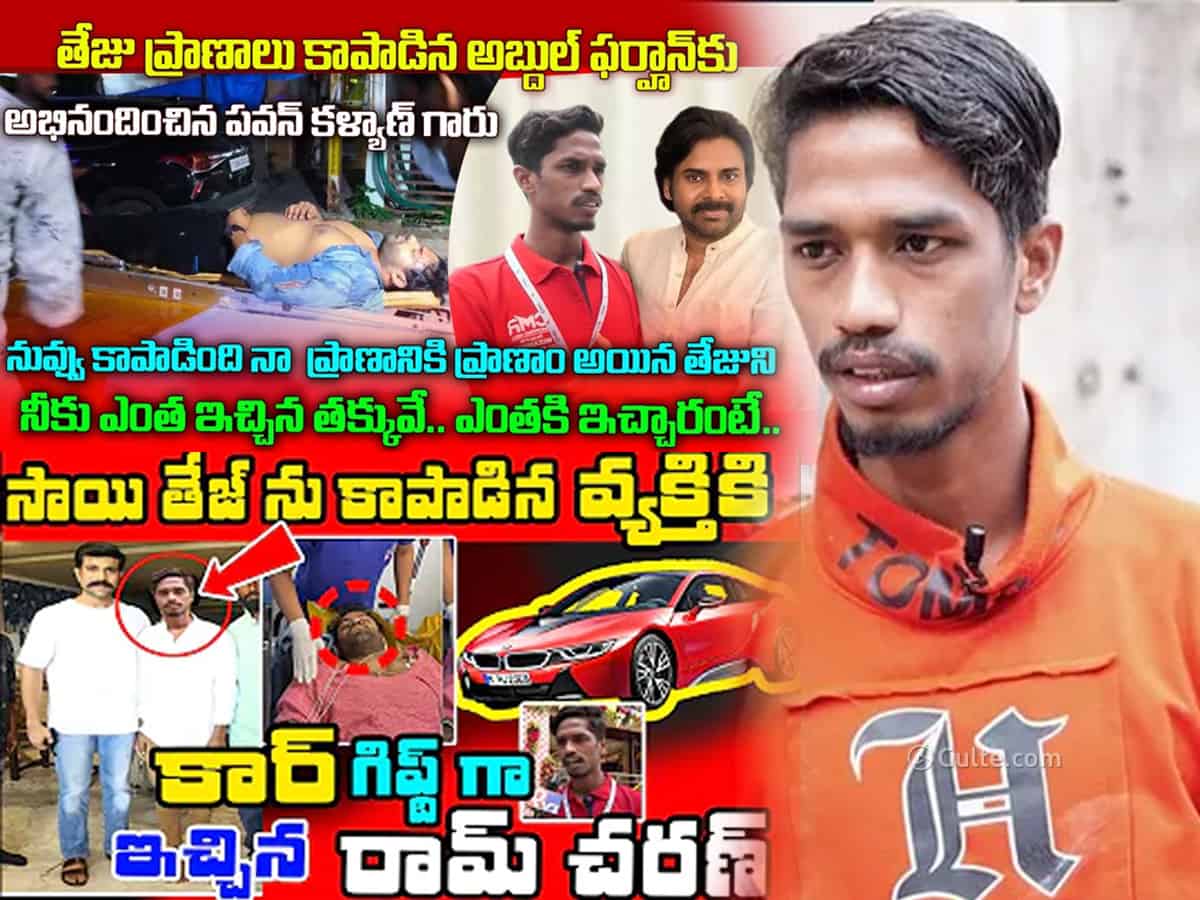 Appreciation is pouring down for Syed Abdul Farhan, the man who saved Supreme hero Sai Dharam Tej. On the night of the accident, Farhan was on his way to Gachibowli and took the cable bridge route. Upon the occurrence of this road mishap, Farhan immediately dialled 108 and 100 for immediate assistance.

The 108 Ambulance arrived at the spot within minutes and Sai Tej was rushed to the nearest hospital. The doctors who treated Sai Tej claimed that the hero was brought to the hospital in the golden hour (within an hour of the mishap) and so he was out of danger.

Learning about Farhan’s timely help, Powerstar Pawan Kalyan and other Mega family members thanked him. But there are reports in the media especially in YouTube channels that Pawan rewarded Farhan with Rs 10 Lakh cash whereas Ram Charan gifted a car.

As these reports went viral, Farhan has come out and issued a clarification. “I received no cash reward and car from Pawan Kalyan or Mega family members. Please don’t spread such news because it’s bothering me at my work place and also family,” appealed Farhan.

Not stopping here Farhan went on to lodge a complaint against people spreading these unauthenticated news.