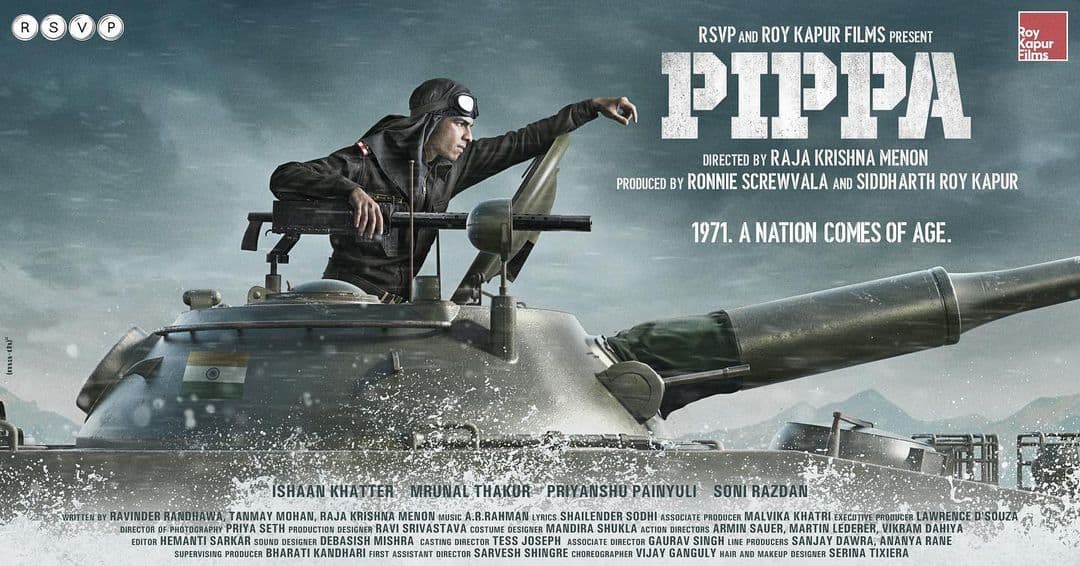 Shahid Kapoor’s brother, Ishaan Khatter has carved a niche in tinsel town with his debut film Dhadal, alongside Janhvi Kapoor. The young actor’s second film is Pippa and Ishaan shared the first poster of the film today on his social media.

Pippa is an Indo-Pakistan war drama and the shooting has begun today. Taking to social media, Ishaan announced the beginning of the film’s shoot as well as shared his first look ever from the film.

The poster shows Ishaan on a battle tank sporting a fierce look. The intriguing look left fans excited. Pippa is based on Brigadier Mehta, a veteran of the 45th Cavalry tank squadron. Mehta, along with his siblings, fought on the eastern front during the Indo-Pakistan War of 1971.

Sharing Pippa’s first look, Ishaan captioned it, “This is going to be special. ‘Shooting’ begins for our #Pippa! Godspeed. (sic).” Stars such as Shahid Kapoor, Katrina Kaif, Huma Quereshi, Neha Dhupia couldn’t stop themselves and left comments. The war drama is being bankrolled by producers Ronnie Screwvala at RSVP and Siddharth Roy Kapur at Roy Kapur Films.