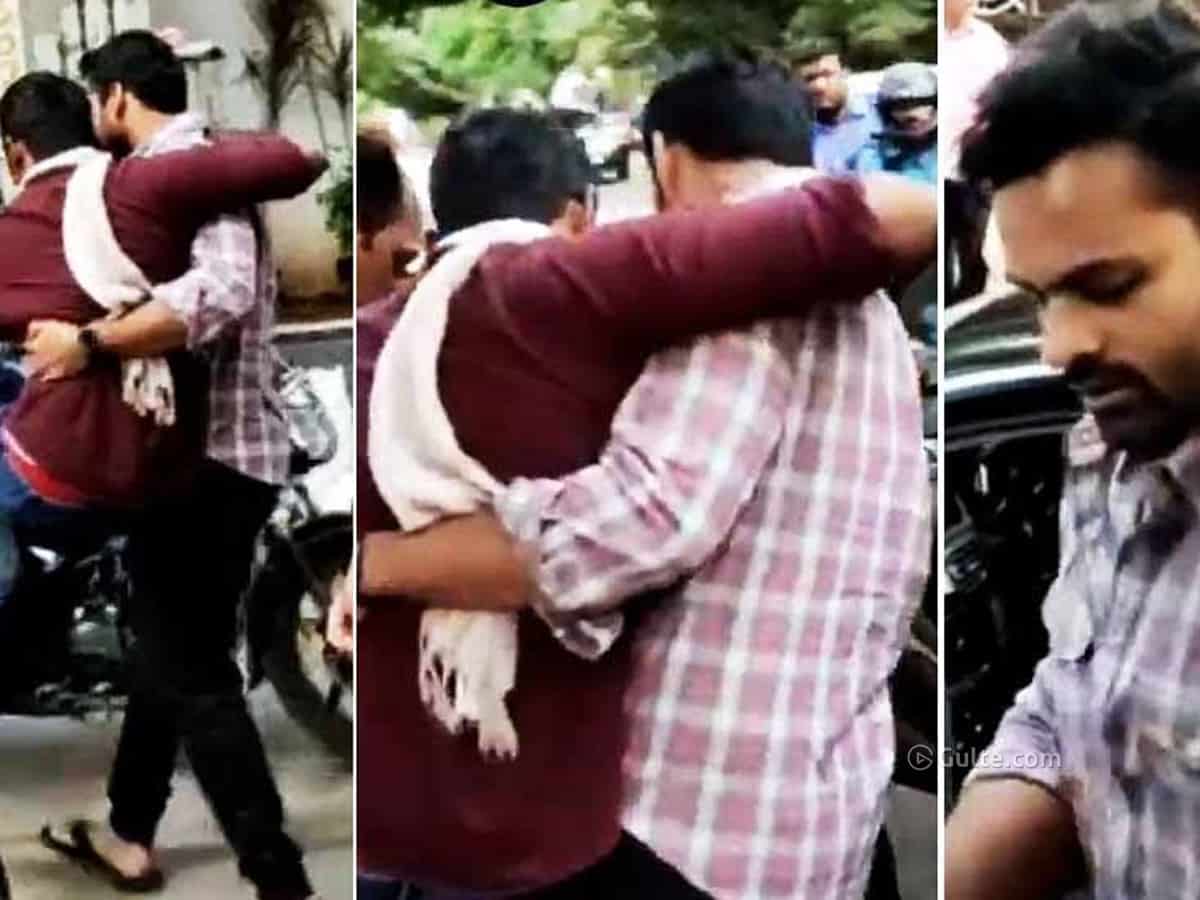 Sai Dharam Tej’s bike accident shocked the whole film fraternity, but all were relieved after learning that there is no life threat to him due to the mishap. He is getting the best treatment at a private hospital for his collar bone fracture and other small injuries. While this is on one side, senior actor Naresh’s comments on Sai Tej’s accident and the response from other actors triggered a mini-war in the industry.

Amid this exchange of comments, a new video is going viral about Sai Dharam Tej. A few months back, Sai Dharam Tej was seen carrying a person who was injured in a bike accident and took him to the hospital in his own car. That injured person was music director Achu Rajamani. Sai Tej was passing by the spot and he rushed to help Achu. His good deed and helping nature touched many hearts then. Many of his admirers are now strongly believing and saying that his helping nature is the one that saved his own life in the recent incident.

With the old viral resurfacing the internet, the fans of Sai Dharam Tej are sharing it proudly, while they await the actor’s speedy recovery. Coincidentally, music composer Achu Rajamani too ended up skidding on the road after he had to apply sudden brakes on his bike to avoid a collision with a car.

The good you do finds a way to come back to you, they say. The viral video is just one good gesture from Sai Dharam Tej’s lot of good deeds. Like the fans and his wellwishers say, the positivity and good karma might have saved him. We hope he recovers quickly and gets back to entertaining us like always.