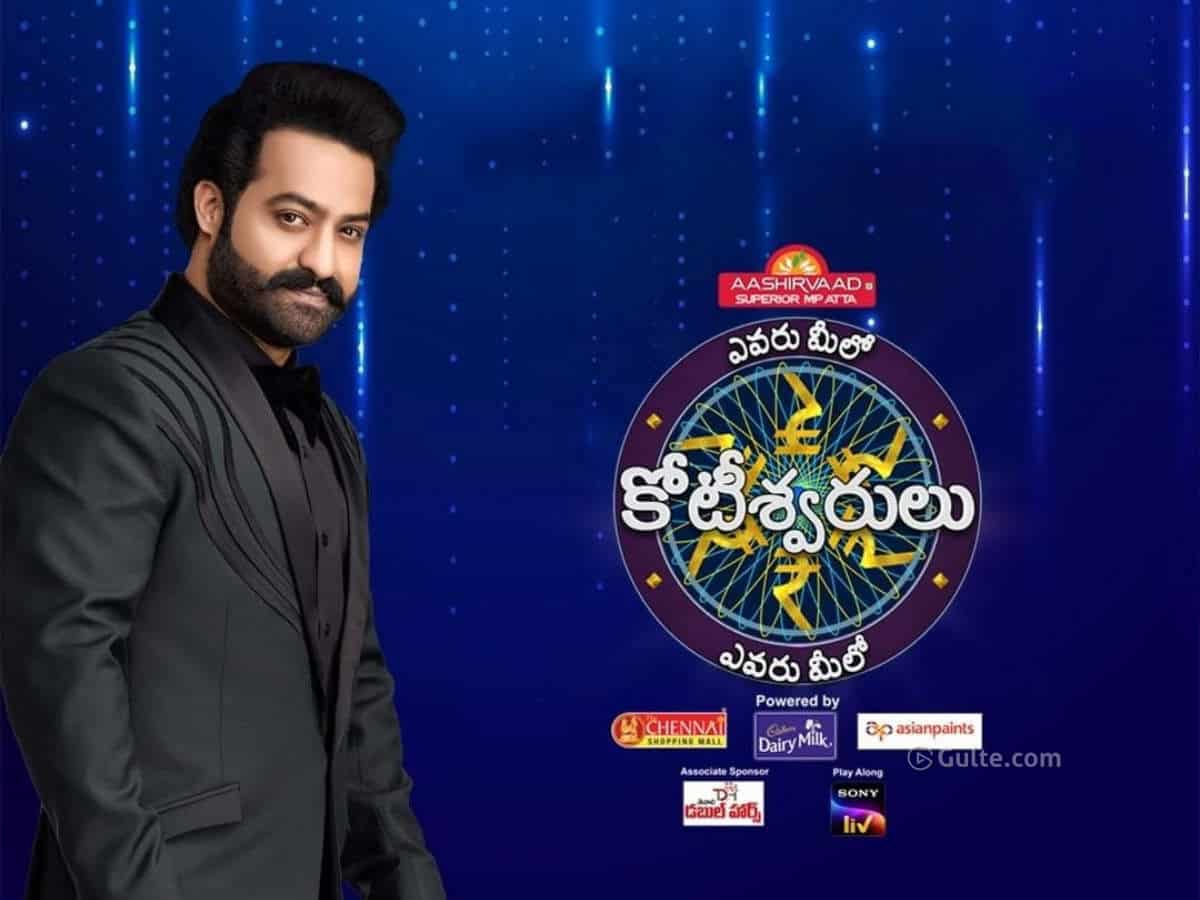 Jr. NTR made a successful comeback as a television host with his new stint, Evaru Meelo Koteeswarulu. Ever since its premiere, this show has been generating a good buzz among the viewers and is also gaining good ratings.

Meanwhile, top celebrated directors of Tollywood, SS Rajamouli and Koratala Siva have recently graced this show as special guests. Their episode was shot a few days back in Annapurna Studios.

Gemini TV, the broadcaster of the show, has aired the promo of this special episode. Going by the promo, this episode looks very entertaining. It felt like Tarak had a blast hosting his favourite filmmakers. The full episode will be aired on September 20.

Earlier, Tarak’s co-star from RRR, Ram Charan graced the show as a special guest in the curtain-raiser episode. He won 25 lakhs and donated the money towards a charity fund.

Both Rajamouli and Koratala Siva share a great bonding with Tarak. The former directed Tarak’s super hit films Student No:1, Simhadri and Yama Donga in the past. He is now making RRR with the actor.

On the flip side, Tarak and Koratala had earlier worked for the blockbuster film Janatha Garage. They will soon team up for an untitled project, which is being tentatively titled as #NTR30.