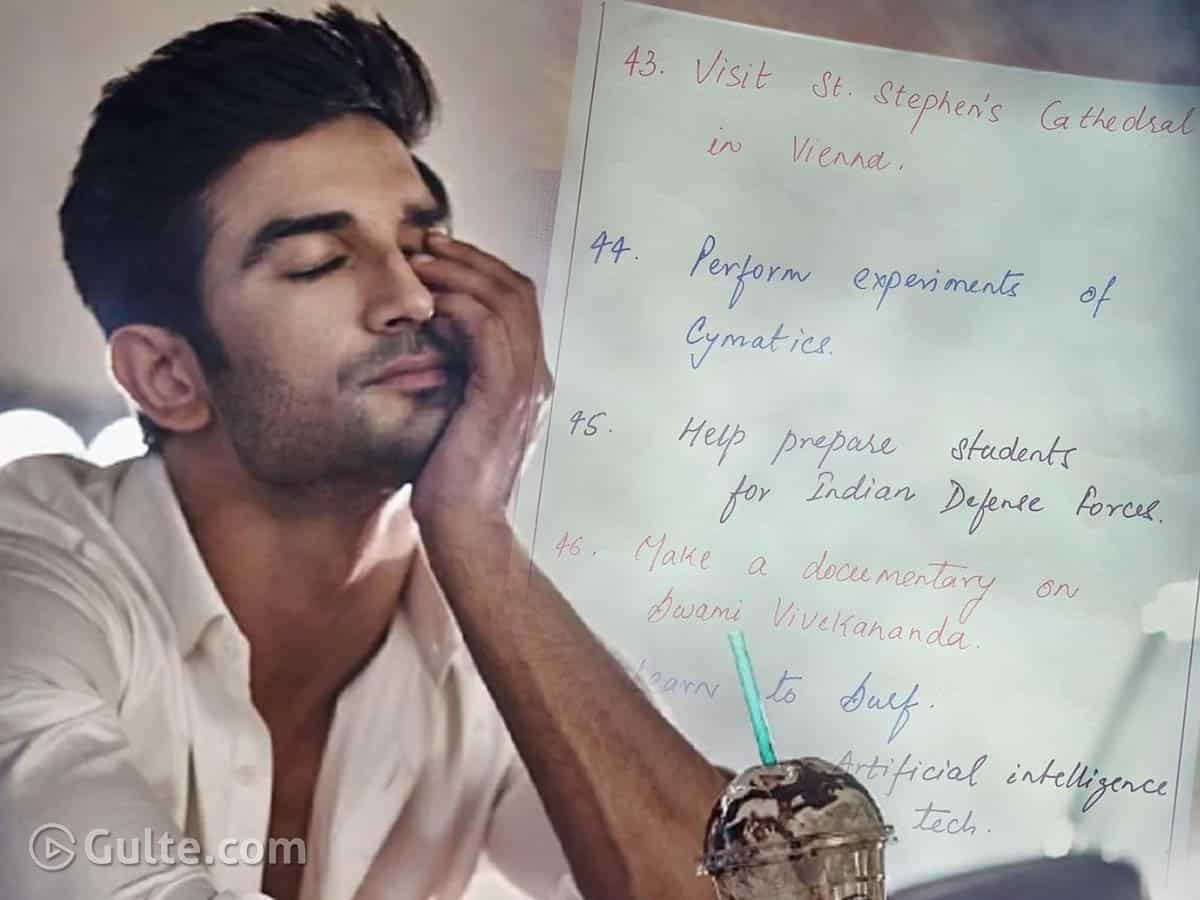 The 34-year-old Bollywood actor Sushant Singh Rajput, who was found dead in his Mumbai residence, was initially reported as a suicide and cops are currently investigating the case. Ever since his sudden death, his fans and netizens started sharing the actor’s “bucket list of 50 dreams” and it is full of zeal and passion.

Sushant’s bucket list is like tiny little droplets of ambitions and desires. This list was written by Sushant Singh in 2019 that he was desperate to accomplish. Some of his dreams are insanely crazy like train for Iron Man triathlon and playa cricket match left-handed.

One thing that the list also tells us vividly is Sushant was very fond of space, cosmos and astronomy. He wrote one of his dreams is to help children learn about Space and sent them to NASA workouts. Apart from these, there is much interesting stuff and it was truly depicting a journey between him and his aspirations. Take a look at his Bucket list….