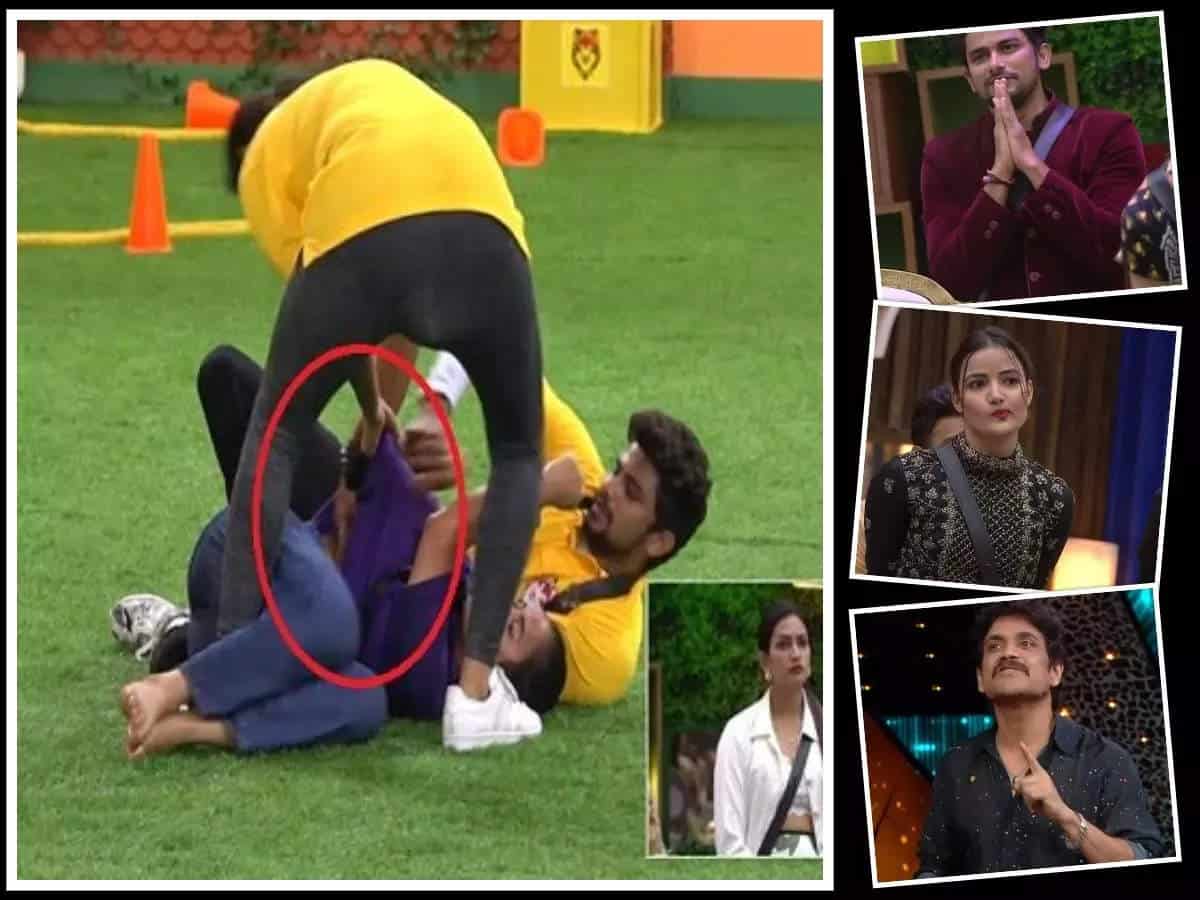 In fact, weekend episodes are always crazy as host Nagarjuna turns up and gives the contestants black and blue about their performance. And the first of such episode was aired the other day as we know that this whole week is a stunner for the audience with #BB5 contestants going over the board, using the worst language, getting aggressive and shocking us all.

When Nagarjuna gave 15 seconds for each contestant to stand up in case if they felt their own behaviour is worst, Uma, Lobo, Anne, Siri, Swetha Varma and Sunny stood up.

Swetha Varma accepted her mistake, which she did earlier too, and apologized to Hamida’s family as well as Lobo’s family for smearing paint and slapped herself. Uma accepted her mistake for using cuss words and took three situps to apologise. Lobo also said sorry for speaking in filthy language and he sounded real if we have to go by the tone of his voice. Nag apprehended Sunny for using strong words and Sunny to said sorry. Siri tried to cover up her act saying that she shouted a bit, but Nagarjuna clarified that she has done more.

And as expected, Nag touched the incident of Siri claiming that Sunny has kept his hand inside her t-shirt and pulling out the baton. Siri claimed that some hand which might be Sunny’s, went inside her shirt, while Shanmukh added that he too saw Sunny’s hand coming out. Swetha Varma claimed ignorance of whose hand was it, while Sunny stood firm that he never did that, as he has held Siri only by hands. Nag played them the slow-motion video, which clearly showcased that Sunny was holding Siri’s hands, while Swetha pulled the cloth out.

After watching the clip, Siri tried to say a simple sorry but Nagarjuna warned her and Shanmukh that one should think twice before assassinating the character of someone. Nag asked Siri to not extend such discussions and create a scene without checking facts. He warned even Shanmukh even to not repeat it. Later Siri hugged Sunny to say sorry, and Shanmukh also said sorry. Nagarjuna asked all the housemates to behave composedly and decently, while they could play the game/tasks aggressively, passionately, smartly and strategically.