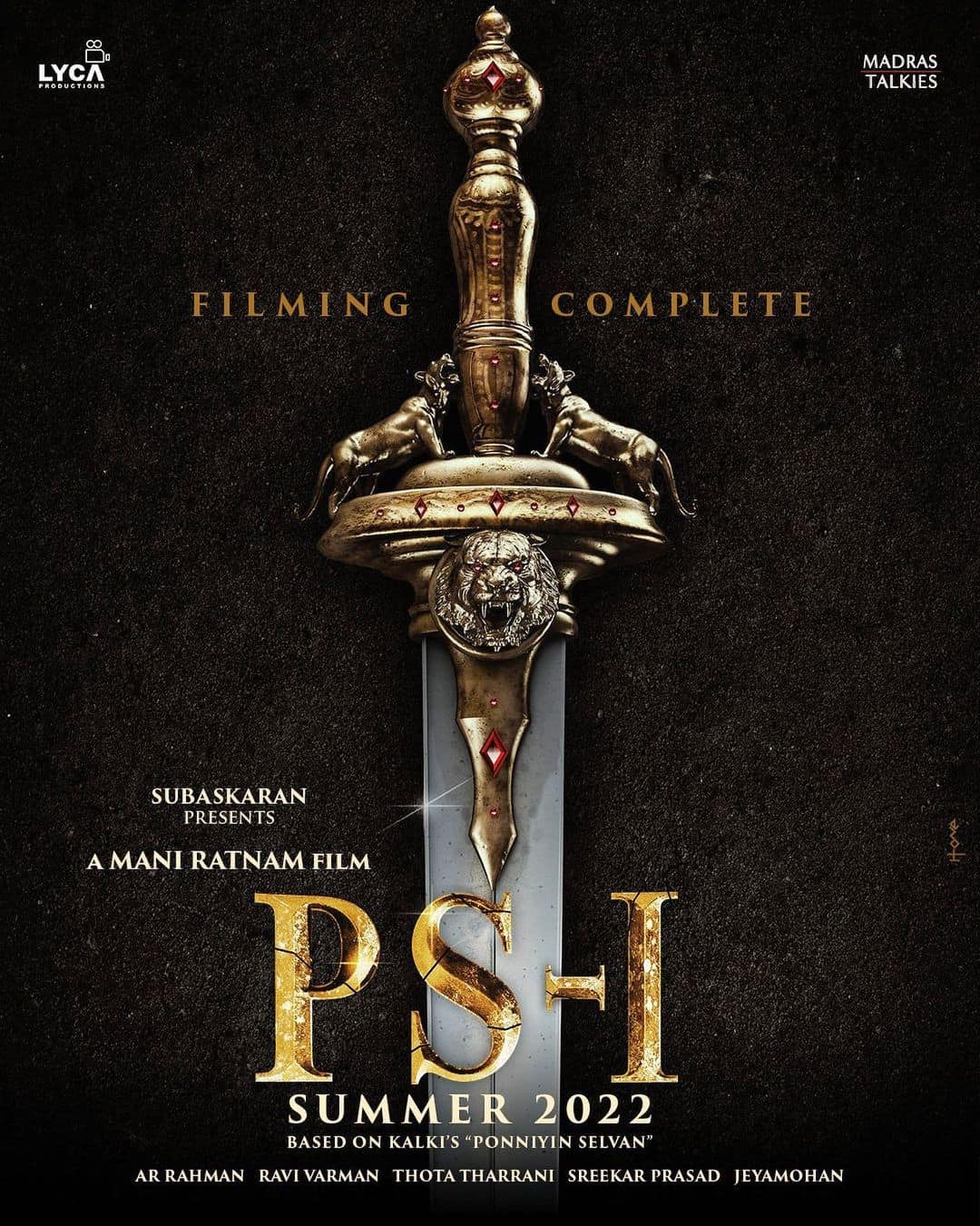 Aishwarya Rai Bachchan shared on Instagram that the filming of Ponniyin Selvan has been completed. The actress has officially completed shooting for Mani Ratnam’s epic drama and she shared a brand new poster.

The new poster has excited fans and we cannot wait for Aish’s look from the set. However, a BTS picture of the actress leaked online a few weeks ago. Titled Ponniyin Selvan-1, the new poster states that the first part of the period drama will be released in summer 2022.

Sharing the poster, Aishwarya dropped heart emojis. The poster also had ‘Filming Complete’ written on it. The final schedule of the film took place in Pollachi, where scenes featuring Karthi riding on a horse were picturised.