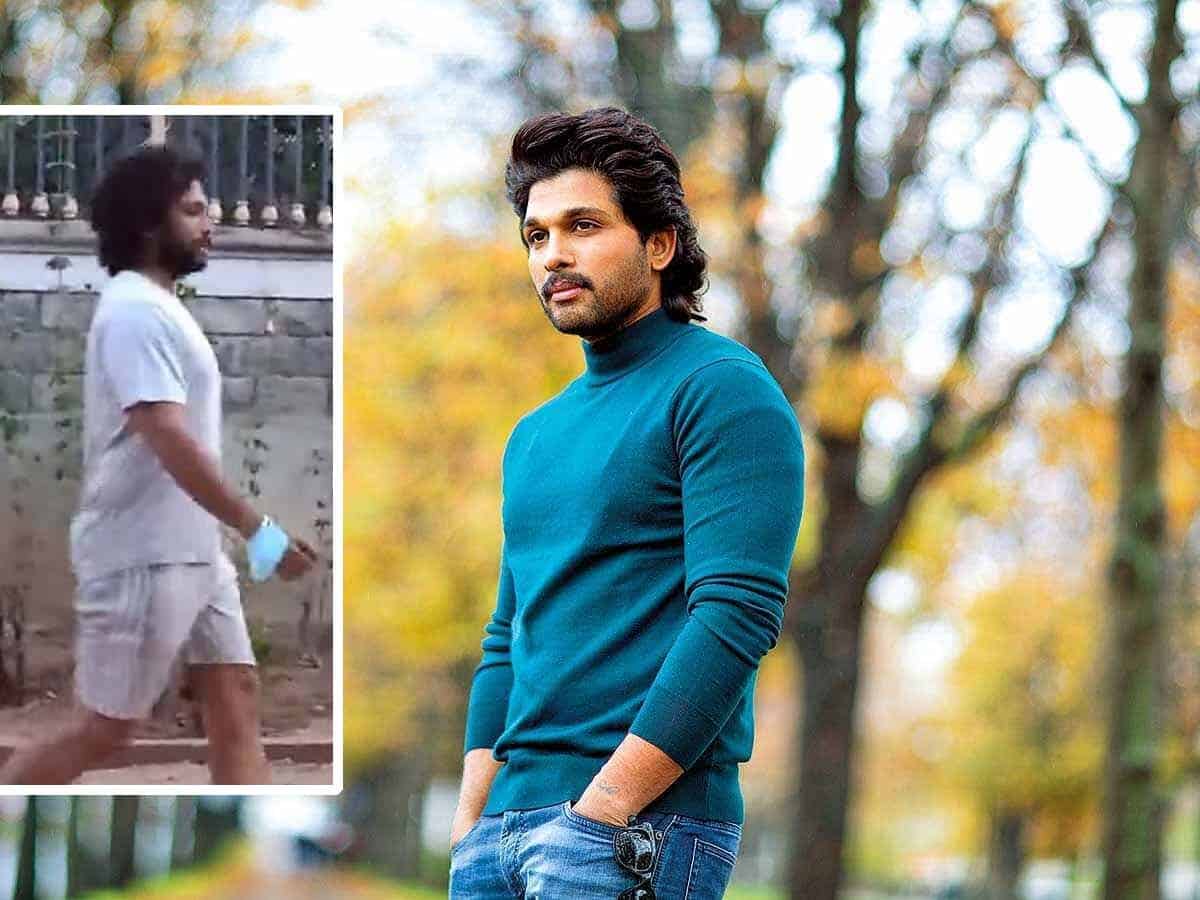 He is one of the biggest stars in Telugu right now. His last film was an industry blockbuster. Perhaps it is this year’s highest grosser in Telugu. Well, the star in question is none other than Stylish Star Allu Arjun.

Allu Arjun is coming out in the evenings at KBR national park. He is accompanied by just 2 of his security staff. While one of the security persons jog ahead of Bunny, the second one walks behind Bunny by maintaining physical distance. Allu Arjun, who is wearing a mask while running, is not being recognized by many. A few who recognized him are running behind them in the distance. However, unfazed Bunny is silently doing his running work out.

Earlier, Allu Arjun shocked many by visiting a grocery store when lockdown-1 was announced. Now, he is coming out publicly by practicing jogging/running at KBR. Surely, he’s setting new precedents. No other star in industry would dare to come out like Bunny at this juncture.

Allu Arjun is prepping for his role in Pushpa. He has grown long hair and a bushy beard for this role. The film directed by Sukumar is expected to go onto floors once the Corona is under control.