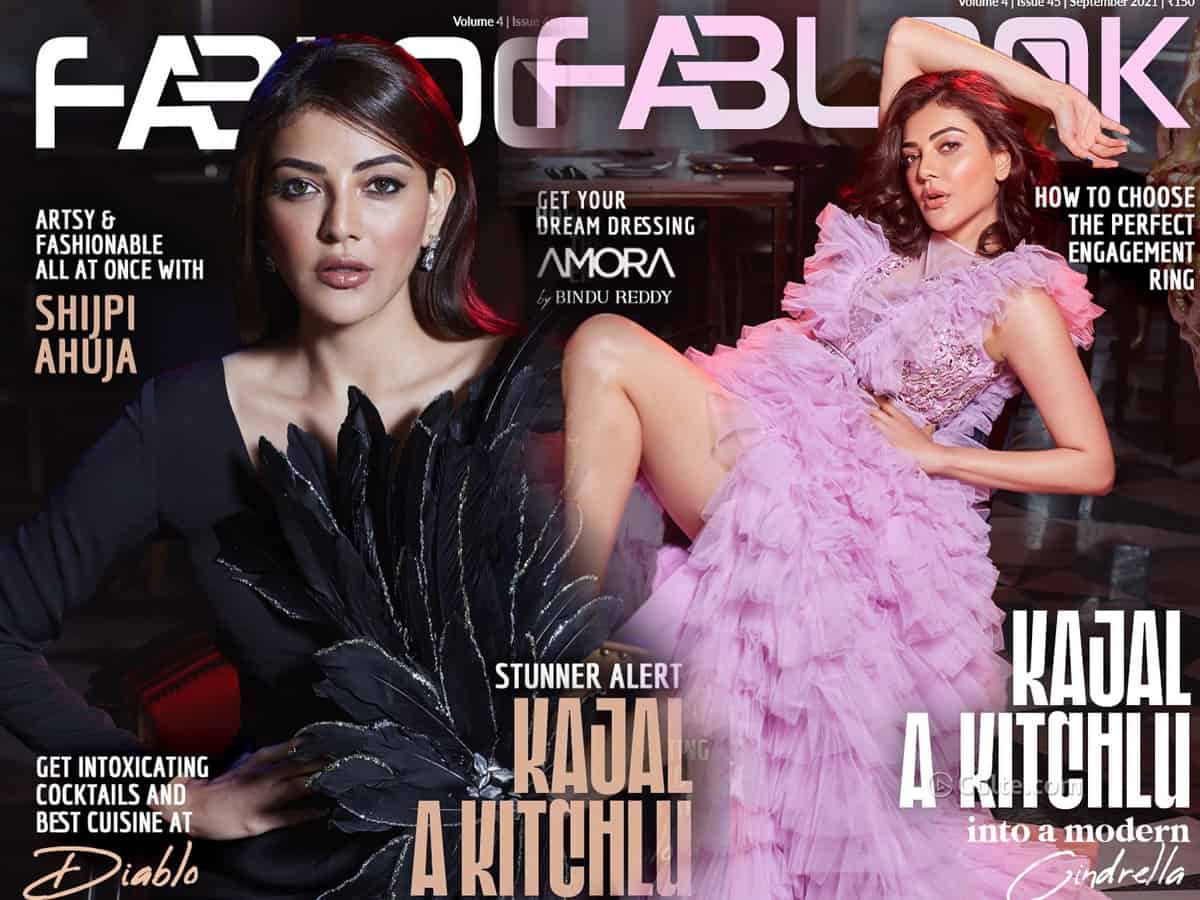 Whenever a star heroine gets married, now and then rumours will mushroom about her pregnancy. We heard such stuff so many times about Samantha and other starlets who have recently tied the knot. But then, the buzz is strong about star heroine Kajal Aggarwal’s pregnancy, however, the actress is neither confirming nor denying it.

Apparently, Kajal has opted out of Nagarjuna’s upcoming movie “The Ghost” after the actress is said to have found that she’s pregnant with her first child. She got married to businessman Gowtham Kitchluin a private ceremony last year.

Though many expected that Kajal will share the good news on her social media platform Instagram where she enjoys a 19+ million follower base, the actress is now confusing with her latest posts.

Kajal shared some of her hottest pictures where she posed for a magazine recently. As usual, she is oozing loads of seductive appeal in those pictures and fans are going gaga over it.

But then, the actress has kept mum about the pregnancy thing and her exit from Nagarjuna and Praveen Sattaru’s movie. And also the pictures and cover story are more about Kajal adding the second surname Kitchlu to her name, thus calling herself as “Kajal A Kitchlu”.

On the other hand, Kajal will be next seen in Megastar Chiranjeevi’s Acharya as the leading lady of the film after she replaced Trisha in the Koratala Siva directorial.