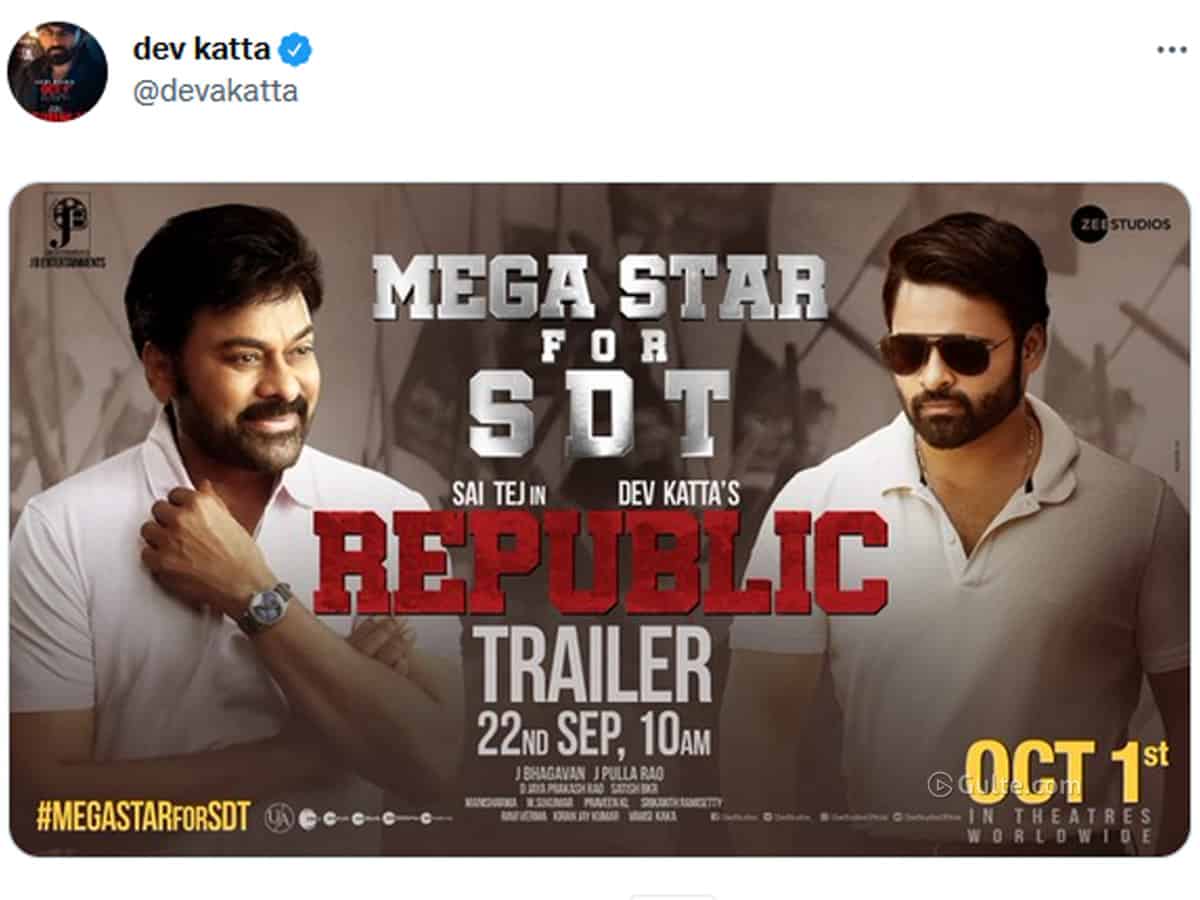 Numerology is one go-to tool for many Telugu filmmakers, actors and heroines whenever they believe that changing the spelling of their name will give them a much-needed hit. We have Tamanna turning into Tamannaah, Omkar into Ohmkar and Sai Dharam Tej cutting out Dharam from his name to become Sai Tej on the basis of numerologist’s advice.

After Sai Tej’s correction, his brother Vaishnav also added extra ‘s’ to his name making it Vaisshnav Tej to get lucky. And it looks like the mega hero has now passed on this belief to the director of his upcoming film “Republic”, which is none other than Deva Katta.

Despite making a stunning comeback with Prasthanam after Vennela movie, Deva Katta is yet to make his mark and get his due from the box office. As Republic trailer is enticing, here is what he made to his name.

Removing that ‘a’ from his name, Deva has now become Dev, and the promotional material of the movie now has Dev Katta written all over. Though the talented filmmaker made this change couple of months ago, it is getting wide attention after the release of Republic trailer.

After a long gap, the director is confident of entertaining audiences big time, and we have to see what result he will get with his numerology correction as well. Republic is hitting cinemas on October 1st.