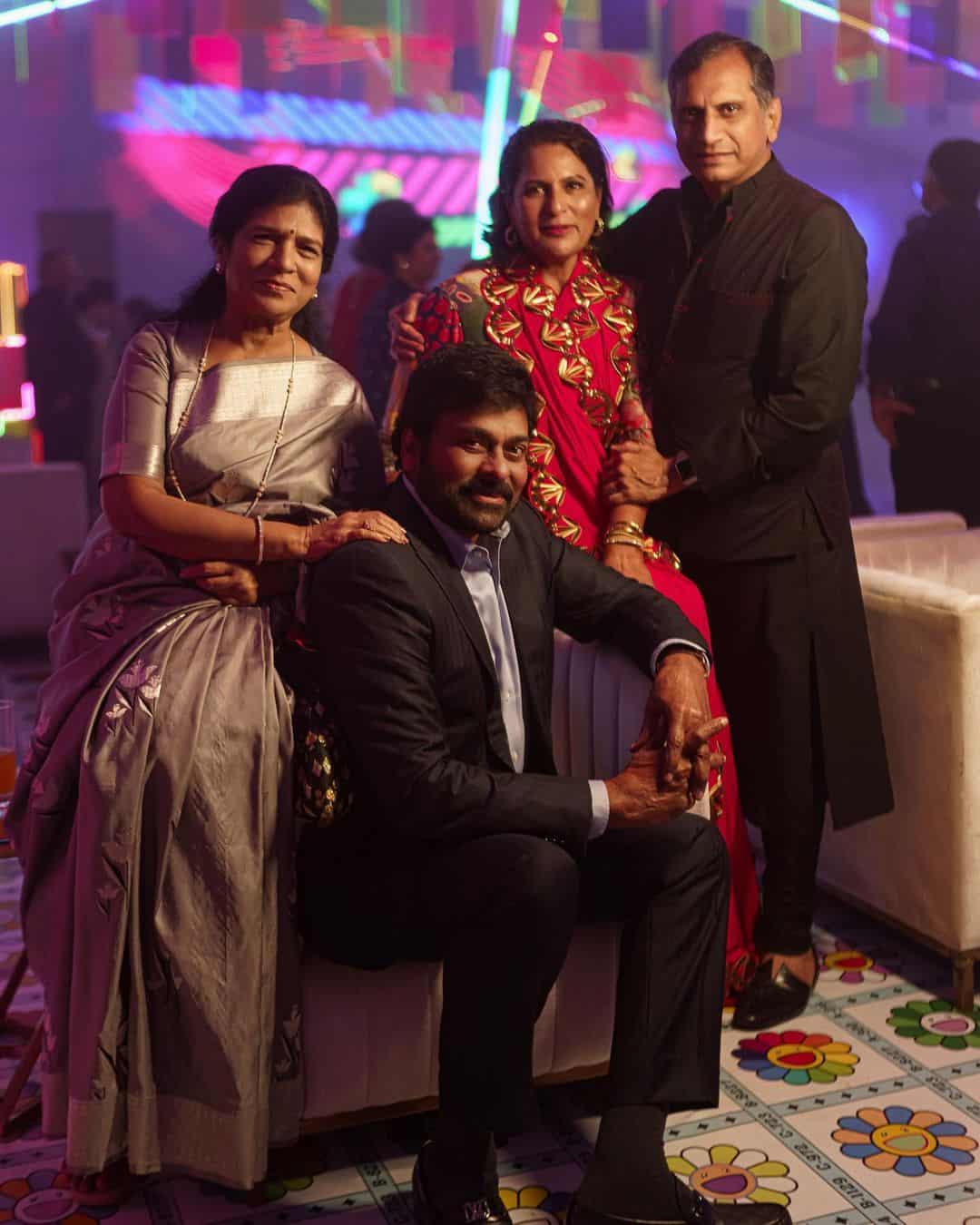 Upasana shared a couple of beautiful family pictures which shows Megastar Chiranjeevi and his wife Surekha posing along with Upasana’s parents and sister.

Chiru and Surekha attended Upasana’s sister’s engagement ceremony and the pictures are from the same occasion. Upasana shared the pics on social media and called them ‘her most precious pics’ as it features both her families- Konidela & Kamineni

She wrote, “My most precious pic” to the pictures and as always Chiru and Surekha looked royal in plush suit set and silk saree respectively. They also clicked pictures with Upasana’s parents and her sister & brother-in-law.

Fans are showering love on the pics and are also saying Ram Charan is missing. And, of course, we miss Charan and Upasana pictures together from the ceremony. Not to mention, Chiranjeevi shares a very close bond with his daughter-in-law Upasana and her family members. Their pictures often vouch for the great rapport that they share together.

On the work front, Chiranjeevi is busy with Koratala Siva’s Acharya and the Telugu remake of the Malayalam hit Lucifer. Titled Godfather, the film is being directed by Mohan Raja. He is also working on the remake of the Tamil blockbuster Vedhalam, titled Bhola Shankar.