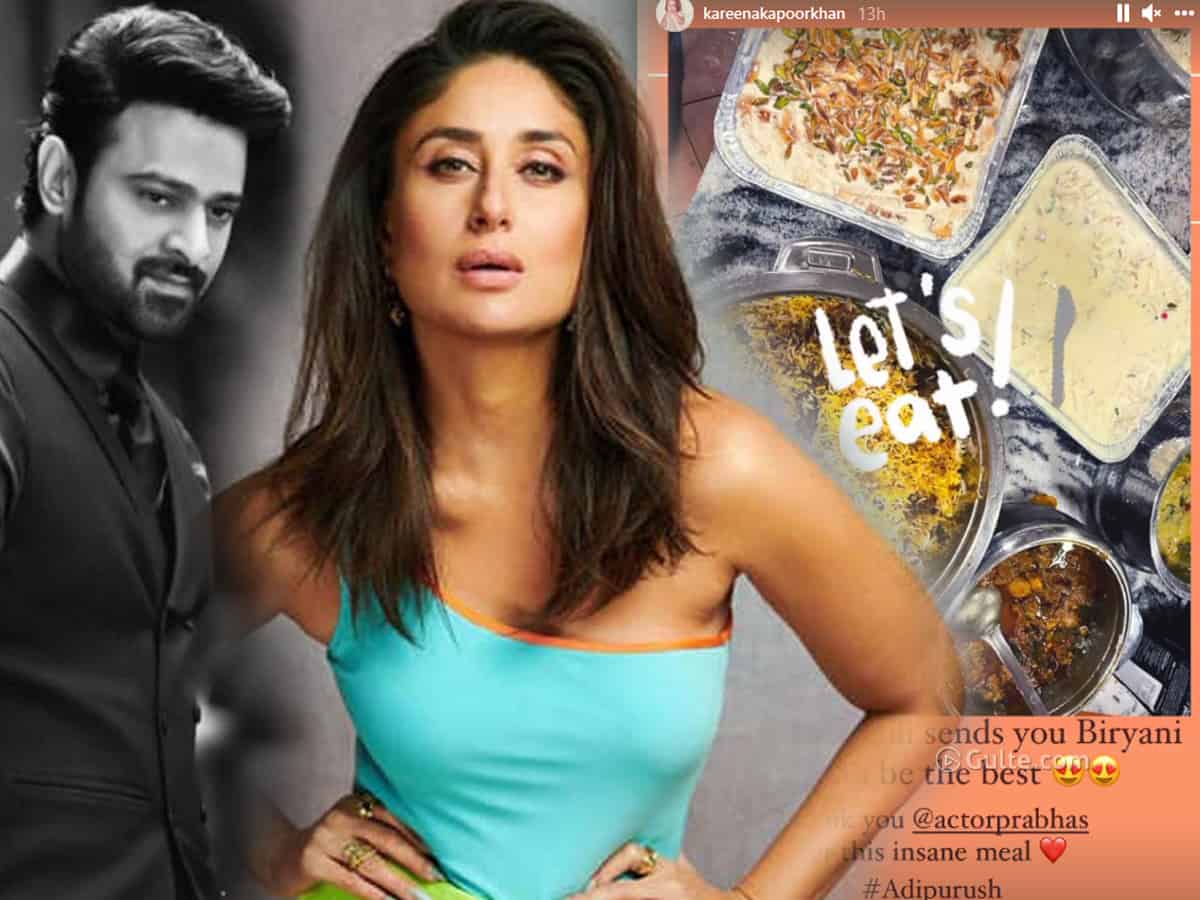 Actor Prabhas is a man of a big heart. People who work with him will say the same about the Baahubali star. Prabhas is known for feeding delicious home-cooked food for his co-stars. Earlier, actresses like Pooja Hegde, Shruti Haasan and Kriti Sanon admitted this fact.

Now, Bollywood’s Bebo, Kareena Kapoor joined this list. The Jab We Met actress was served with a yummy Biryani by Prabhas. Kareena took on Instagram to share the picture of all the food items that Prabhas had sent her.

“When Baahubali sends you Biryani, it’s gotta be the best! Thank you @actorprabhas for this insane meal,” she captioned the picture.

It looks like Kareena had a wholesome meal with all those delicious recipes. Kareena’s husband Saif Ali Khan and Prabhas are currently acting together in the film Adipurush.

While Prabhas is playing the role of Lord Rama, Saif will be seen as Ravana. Directed by Om Raut, this movie features Kriti Sanon in the role of Goddess Sita.

Adipurush is currently in the shooting stages and is slated for release in the second half of 2022.