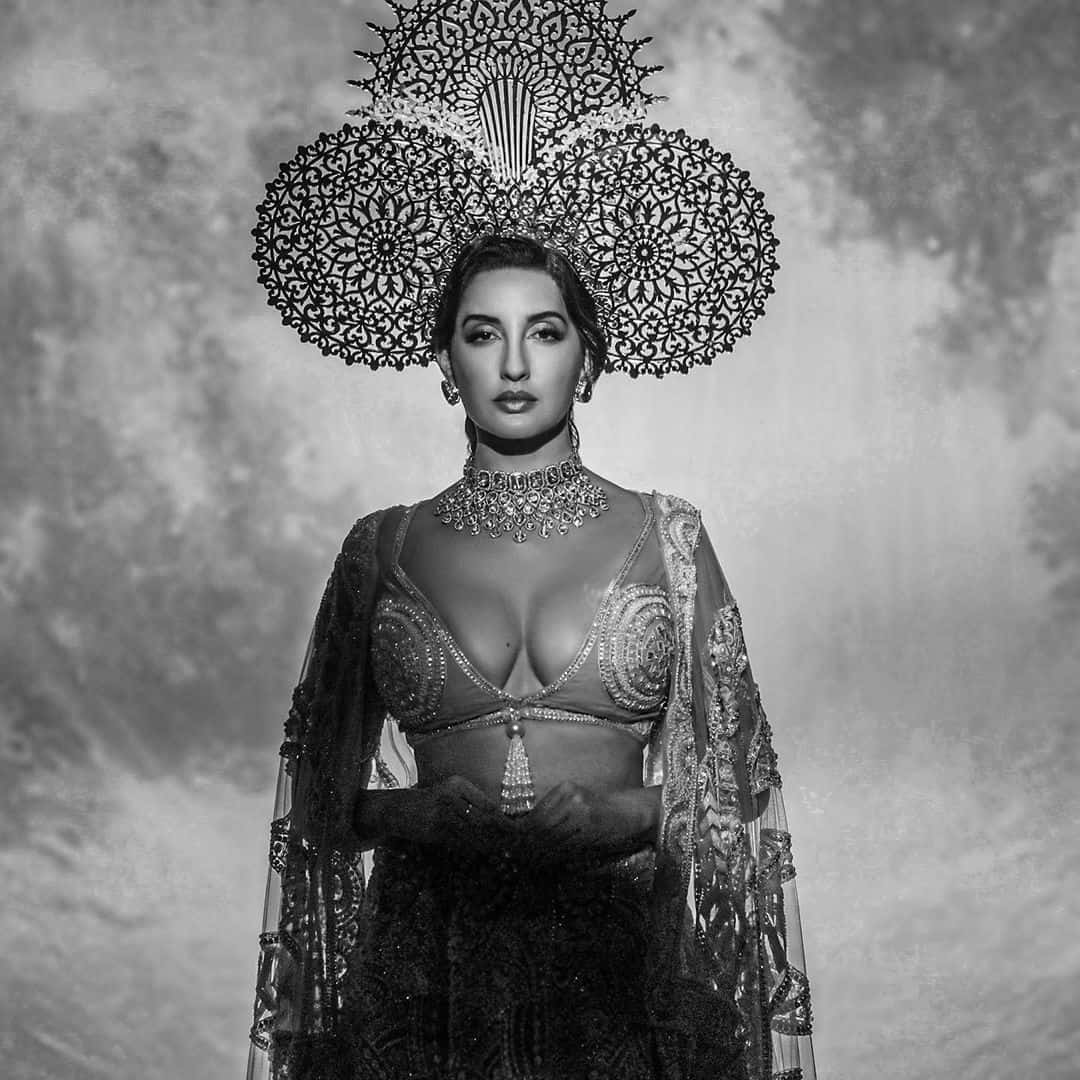 Canadian actress Nora Fatehi shot to fame in Bollywood with films like Street Dancer 3D, Bharat and Batla House. She danced for super hit special songs in movies like Baahubali: The Beginning, Stree and Satyameva Jayathe.

Nora often makes a fashion statement with her trendy outfits at public events. She surely knows how to grab the attention of the paparazzi.

The actress took to her Instagram handle to share a few pictures and videos of her wearing a trendy regal outfit. She wore a sparkling bralette and lehenga set, complemented with the heavy royal necklace. The actress looks like a queen in this attire.

Nora wore this outfit for the fashion film of designers Abu Jani and Sandeep Khosla, titled ‘Into the Light.’

The oomph factor of Nora is setting the internet on fire and these pictures are now going viral all over social media.

On the career front, Nora was last seen in the film Bhuj: The Pride of India. She has a few interesting projects lined up in her career.