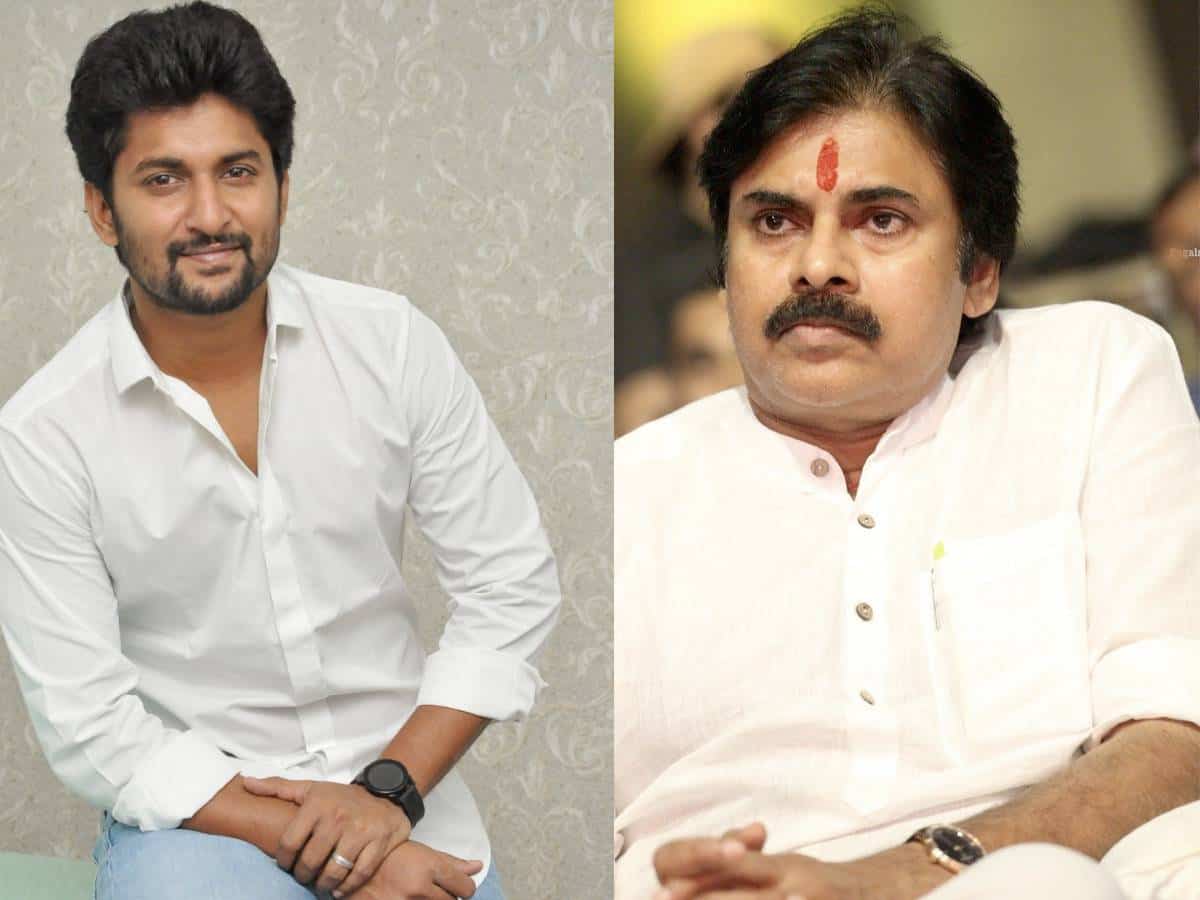 Janasena party chief Pawan Kalyan delivered a strong and powerful speech during the pre-release event of Republic. From ticket prices to restricting theatres with 50 percent occupancy, Pawan discussed many issues in his speech. He also backed Nani who decided to release Tuck Jagadish on the OTT platform.

Nani’s Tuck Jagadish was initially scheduled for a release in theatres. The film unit later released it on OTT as the theatres in Andhra Pradesh are not fully functional. The distributors and exhibitors expressed their displeasure on Nani for taking such a decision. The exhibitors threatened a ban on Nani’s future films in theatres.

Pawan Kalyan discussed this issue in his speech. “I was hurt hearing such comments against Nani. What can he do? Since theatres are not functional, they decided to release the film. The distributors should fight with the YSRCP leaders and ensure the opening of theatres,” said Pawan Kalyan.

Nani is extremely happy that Pawan Kalyan discussed the issues of the film industry. Taking to Twitter, he expressed gratitude to Janasenani today.

“Keeping aside the political differences between Pawan Kalyan sir and AP Government. The film industry issues addressed are genuine and needs immediate attention. Thank you @PawanKalyan sir. As a member of film fraternity I humbly request @ysjagan gaaru and concerned Ministers to look into it before it gets too late for the cinema to revive.” tweeted Nani.