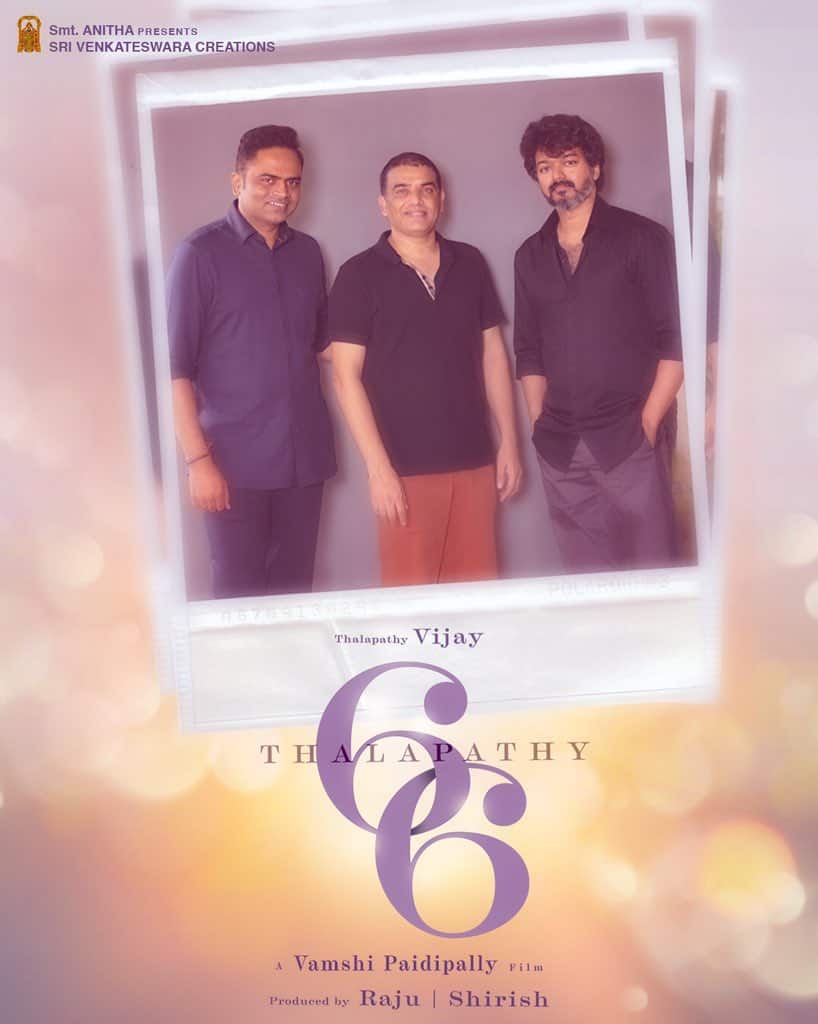 And it is official! Thalapathy Vijay and director Vamshi Paidipally are teaming up for their commercial entertainer together. The film will be produced by Dil Raju and Shirish.

The makers announced the film today officially on September 26 and other details such as the title, cast and crew are yet to be unveiled. The film has been tentatively titled as Thalapathy 66.

Fans are delighted to learn that the makers have finally announced the news. The official press note from producers Dil Raju and Shirish of Sri Venkateswara Creations read, “With immense pleasure and happiness, we at Sri Venkateswara Creations announce our first ever Tamil film with Thalapathy Vijay. We are extremely excited about this much-anticipated project and could not have asked for a better beginning than being associated with Thalapathy Vijay. This will for sure be a proudest project for us.”

Vamshi Paidipally took to Twitter to announce the film and wrote, “#Thalapathy66… Sharing with you all an exciting update about my next film with The #Thalapathy @actorvijay Sir, Produced by #DilRaju garu & #Shirish garu under my home banner @SVC_official.” Currently, Thalapathy Vijay is busy with the shooting of Beast under Nelson Dilipkumar’s direction. The film will be released in summer 2022.