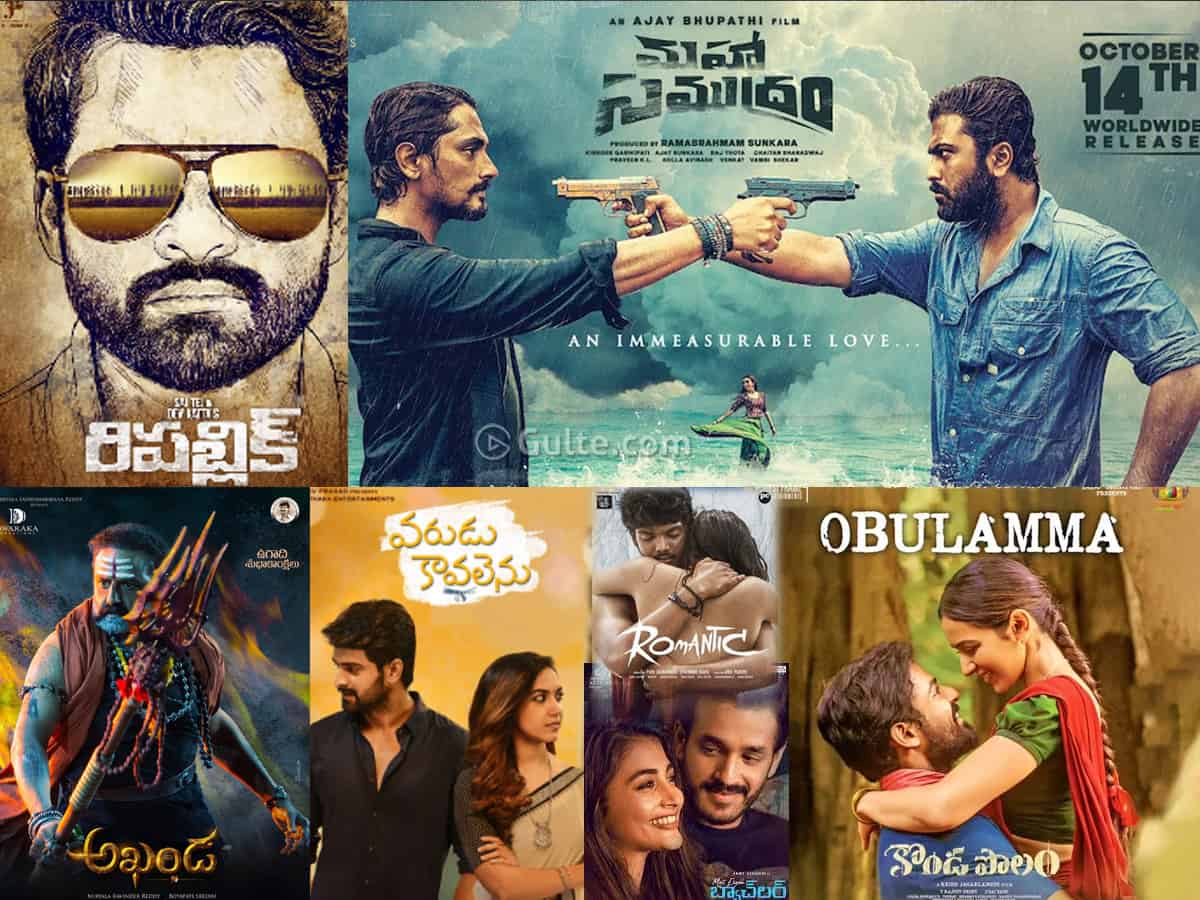 Slowly, audiences are getting back to the cinema halls and are enjoying the theatrical experience. The opening of Naga Chaitanya and Sai Pallavi’s Love Story boosted the confidence of the other film producers to release their movies in the theatres.

The next few weeks are filled with public holidays and festivals and thus, many films are gearing up to test their luck at the box office.

For the Gandhi Jayanthi weekend, Sai Dharam Tej is coming up with his political drama Republic. Directed by Deva Katta, this movie will hit the screens on October 1.

During the Dasara festive holidays, there are quite a few medium-budget flicks lined up for release.

Sharwanand and Siddharth’s Maha Samudram declared its arrival on October 14.

Naga Shaurya’s Varudu Kavalenu will hit the screens on October 15.

Akhil Akkineni-starrer Most Eligible Bachelor’s release date has been confirmed on October 15.

Meanwhile, Nandamuri Balakrishna’s Akhanda is also trying to hit the screens during the same week but the release date is not confirmed yet.

Soon after Dasara, another big festival Diwali comes up and there are quite a few big releases at that time as well.

Delayed Bollywood biggie Sooryavanshi is also expected to release during that weekend as the Government of Maharashtra allowed the reopening of cinema halls from October 22.

Thus, there will be a huge multi-lingual clash at the box office in November first week.