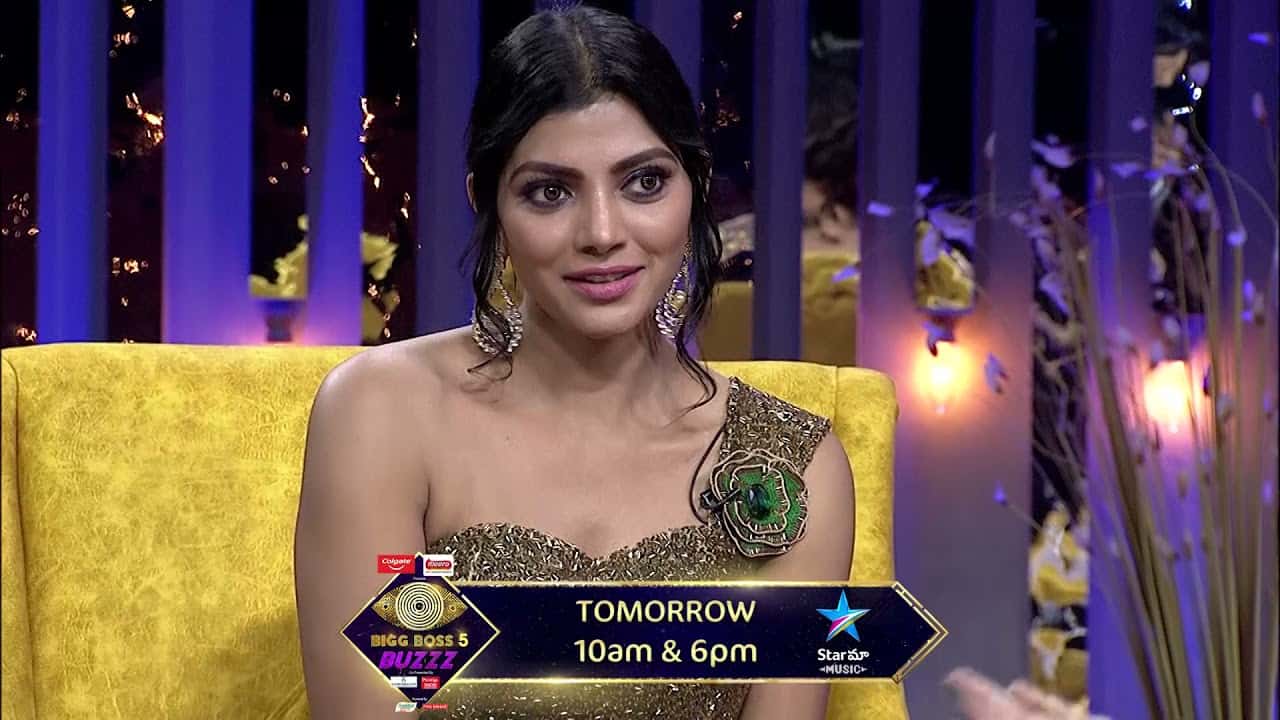 Bigg Boss 5 contestant Lahari Shari was shown doors other day and the small-time actress got shocked that her journey inside the house will cut short by just three weeks. She hasn’t expected that voting is going against her, but then she stood silent about the same on the big stage.

When Nagarjuna asked her to pick up five failed contestants, she gave a good word about everyone but stated that Shanmukh got influenced by Siri Hanmanth and voted to nominate her, which actually brought her into the nominations.

Though Shanmukh retorted that Lahari is unable to take up the judgement given by the audience, the actress remained silent and walked out of the stage gracefully. But she showed off her real feelings elsewhere.

Cashing on the YouTube trend of interviewing exited Bigg Boss candidates, Star Maa themselves started a talk show with last year’s glamorous contestant Ariyana Glory as the host. During that stint, Lahari is seen blasting everyone inside the house. She kept on hitting at Shanmukh and Siri’s play, to which Ariyana objected and asked her, ‘Maybe you have not understood the game, failed to play your game”. Reacting on the same in an angry tone, Lahari accused Ariyana back that the latter hasn’t watched the show properly.

Though Ariyana tried to reason that the questionnaire she’s putting up is actually prepared by the experts who watch even the inside footage as well, Lahari tried to dominate the ex-contestant and is not in a mood to listen if the promo is anything to go by. Well, it looks like Lahari played it cool on the stage as many will watch, but here, as the interview will not garner huge viewership, she has blasted off.