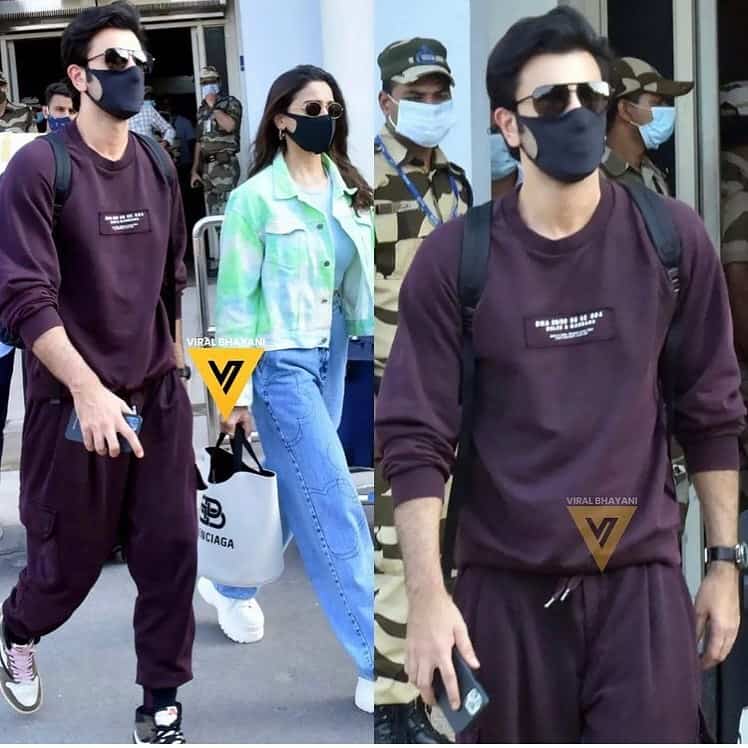 Ranbir Kapoor will be celebrating his 39th birthday tomorrow on Sept 28. And the actor flew to Jodhpur along with his girlfriend Alia Bhatt. The pictures of the couple walking out of the airport are going viral on social media now.

The couple has been dating each other for nearly four years now and their wedding rumours have been on the headlines for the past 12 months. Ranbir also said in his latest interview that their wedding would have already been sealed if the pandemic hadn’t hit the nation.

Ranbir said that he is looking forward to the wedding and wants to mark that goal soon in his life. And now the latest reports suggest that the duo headed to Jodhpur for scouting locations for their speculated wedding.

The pictures showed Alia Bhatt and Ranbir Kapoor dressed in casuals and they first arrived at Jawai Bandh by road. The actors will also soon wrap up their film Brahmastra’s shooting and might get married this year end.

On the work front, Ranbir also has Shamshera, Sandeep Vanga Reddy’s Animal and an untitled film with Shraddha Kapoor, directed by Luv Ranjan in the pipeline. On the other hand, Alia is awaiting the release of Gangubai Kathiawadi. She also has RRR with SS Rajamouli, her home productions Darlings, Karan Johar’s Rocky Aur Rani Ki Prem Kahani and Farhan Akhtar’s Jee Le Zaraa.