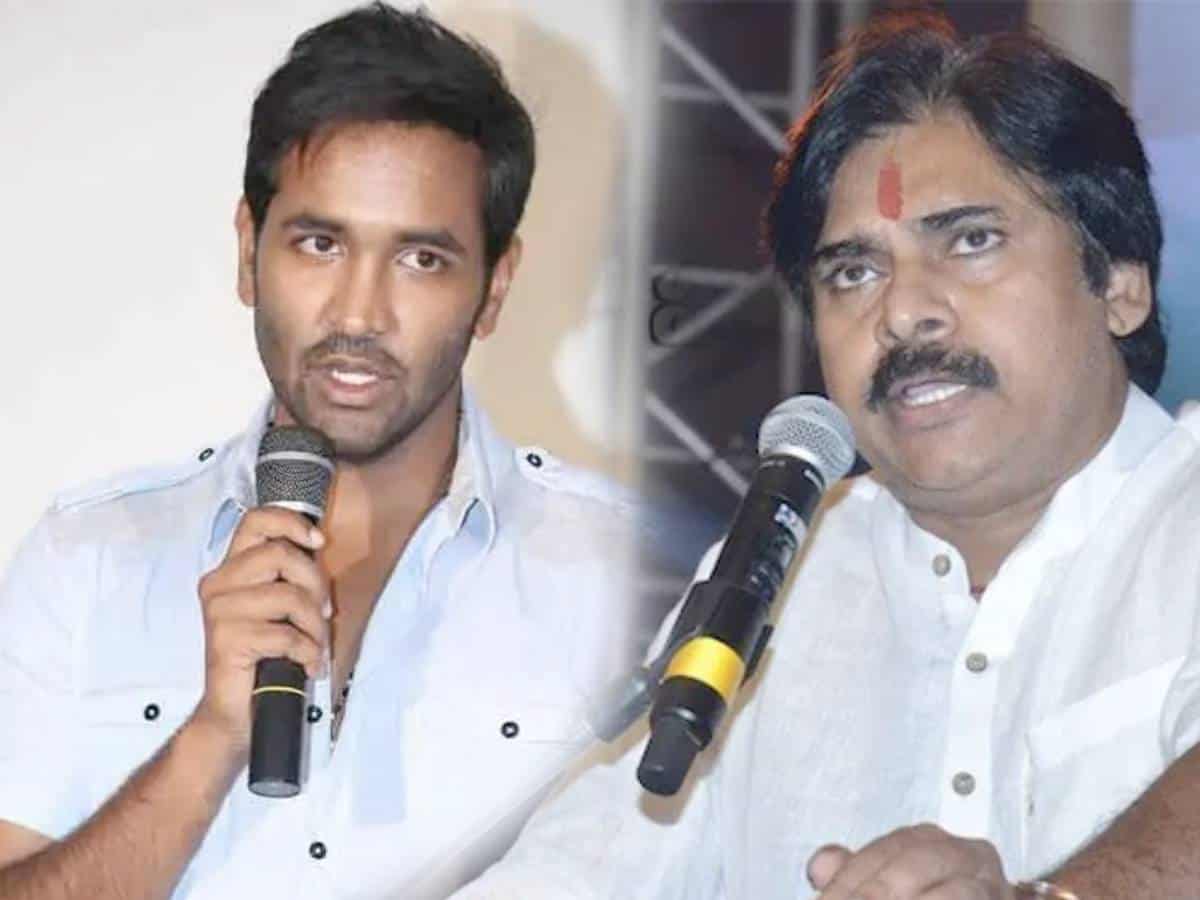 Movie Artists Association (MAA) elections are taking place on October 10th. Manchu Vishnu is heading a panel whereas Prakash Raj is heading a panel this time. There will be a tough fight between the two panels. Today, Vishnu filed a nomination along with his panel members at the Film Chamber. Later, he spoke to the media and responded to the comments of Pawan Kalyan.

When asked if the AP government is troubling Telugu Film Industry as mentioned by Pawan Kalyan, Vishnu disagreed. Manchu Vishnu opposed Pawan Kalyan’s comments saying that the Telugu Film Chamber of Commerce clearly released a press statement, confirming that they don’t agree with the comments made by individuals.

“As a single voice of Telugu Cinema, the chamber of commerce already said that the Telugu Film Industry is happy with both the state governments. The industry representatives are meeting the government officials regarding our demands and the process is underway,” said Vishnu who also added that the Telugu Film Producers Council too disagrees with Pawan Kalyan.

Taking about the online ticketing system, Vishnu said, “Honourable Minister of AP government publicly revealed that the ticketing system proposal has been put forward by the producers. When a minister said it in front of the media, why does a question arises? After the minister’s press meet, no one from the Telugu film industry opposed his comments and it says that the proposal has been sent by the industry itself.”

Vishnu clearly pointed out that the film industry is on one side and Pawan Kalyan is on the other side, with respect to the issues concerning the cinema industry.

“Today, I stand with Telugu Film Industry. I don’t know if Prakash Raj is on the side of the film industry or on Pawan Kalyan’s side,” said Vishnu.

When asked to comment on Pawan’s questions to Mohan Babu, Vishnu said, “Pawan garu asked my father some questions. I can not comment on it. My father will answer every question on 11th October in a press meet. He already issued a statement on the same.”

Vishnu is trying to send a message to the film industry members as well as the general public that Pawan Kalyan is against the wishes of Tollywood.

Telugu Film Industry. We have to see if Prakash Raj or anyone close to Pawan Kalyan gives a counter to Vishnu.