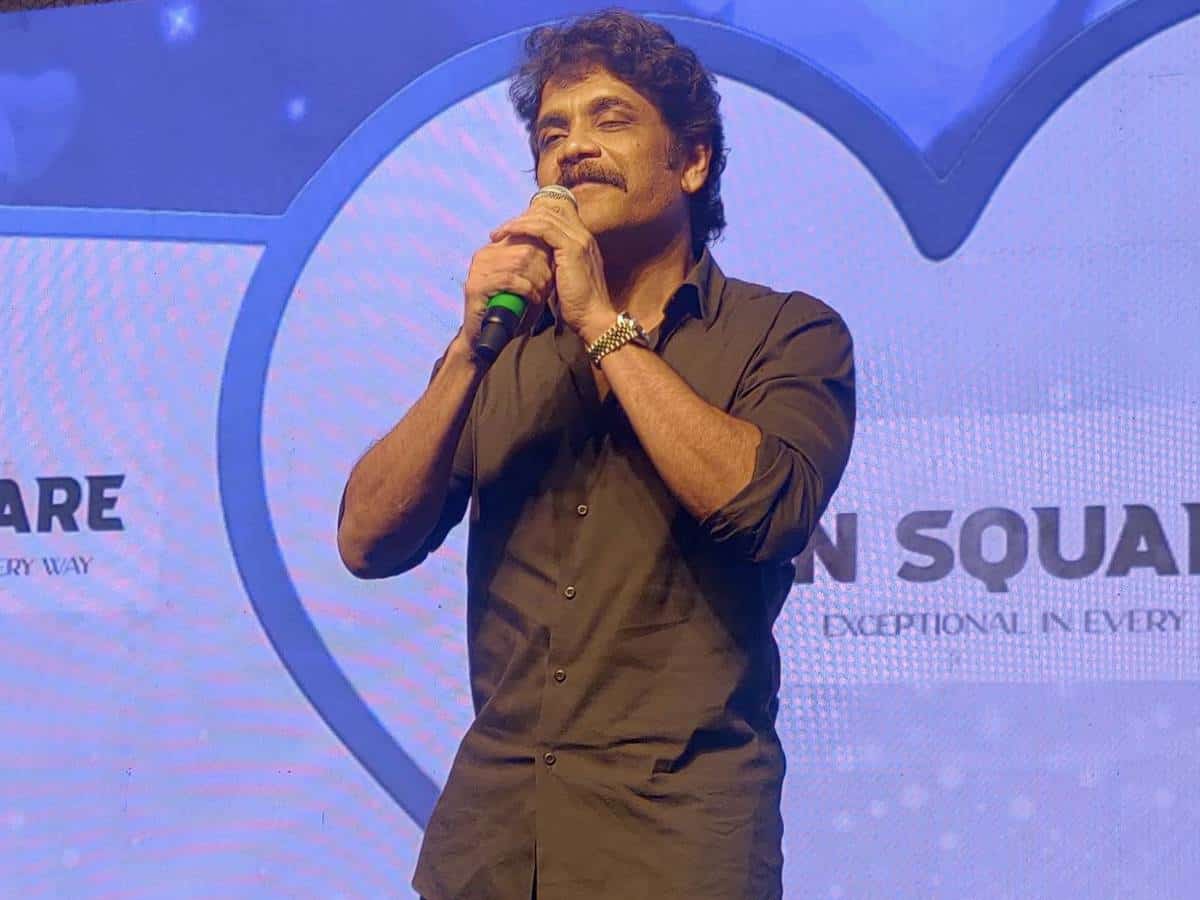 Love Story is a new film in the town that is performing extremely well at the box office. Naga Chaitanya and Sai Pallavi played the lead roles. Sekhar Kammula is the film’s director. The makers held the film’s success meet today in Hyderabad. Nagarjuna Akkineni attended the event as a chief guest.

During his speech, Nagarjuna spoke about the film’s dream run at the box office, complimented the film’s cast and crew, and also put forward a request to the governments of the Telugu states.

“Telugu people have an extreme love for the Telugu Cinema. I only have one request to both the governments of the Telugu states. I request the government of Telangana and Andhra Pradesh to bless us,” said Nagarjuna before concluding his speech.

Earlier, during the pre-release event of Love Story, Megastar Chiranjeevi appealed to both the chief ministers of the Telugu states to consider their demands in making the film industry a better place for the poor cinema workers. He elaborated his views and requested support from the governments.

In between, Pawan Kalyan openly criticized that the government of Andhra Pradesh is creating troubles for the Telugu Film Industry. Ever since Pawan made such comments, there is a debate going on in the film circles that Pawan had made it tough for the producers who are almost successful in convincing the AP government in getting things done.

Nagarjuna who is one of the representatives of the Telugu film industry on several occasions too joined his voice in the ongoing campaign of making public requests to the government. However, it is a harmless request from Nagarjuna. He neither made it lengthy like Chiranjeevi nor made it objectionable like Pawan Kalyan.

From the beginning, there is a talk that Nagarjuna has good connections with AP CM Jagan Mohan Reddy. His latest request to the government proves that Nagarjuna wants to get things done softly!
image.gif