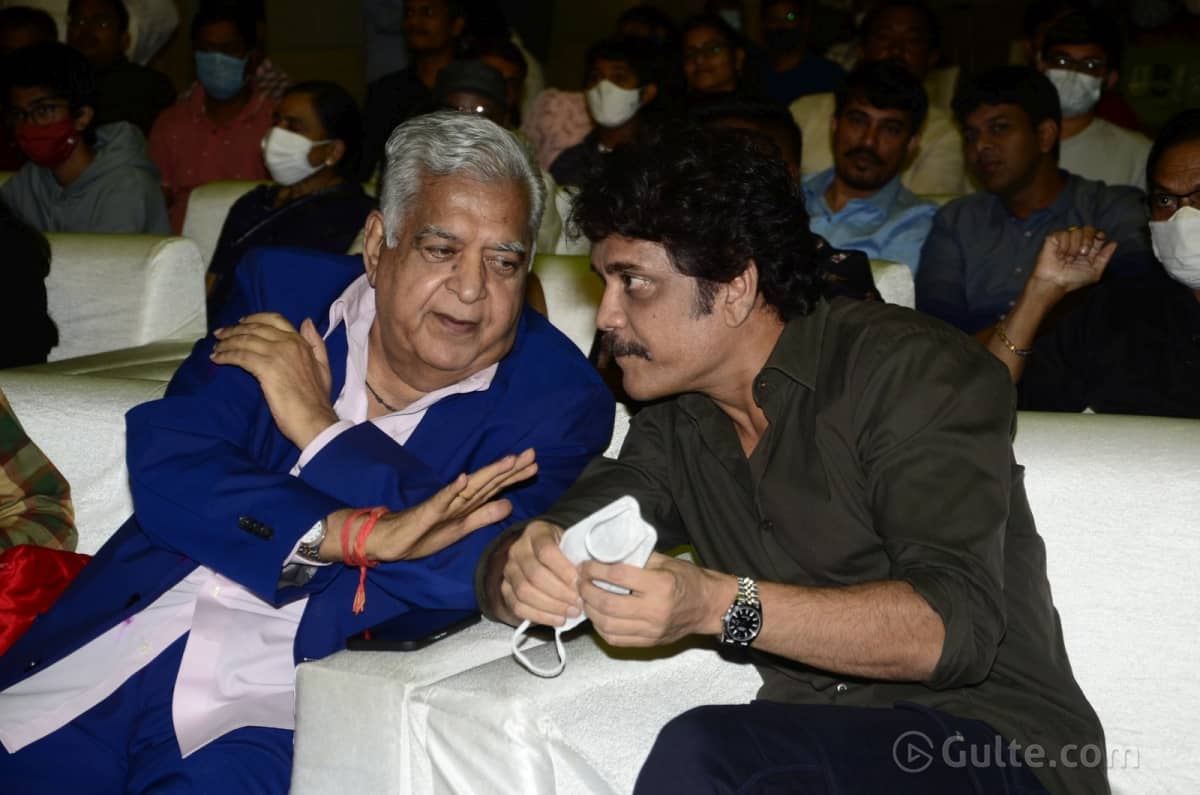 Nagarjuna Akkineni graced the success event of the film Love Story on Tuesday. Nagarjuna is extremely happy with the way Love Story is performing at the box office in the Telugu states. However, the trade reports say that the cyclone Gulab showed an impact on the film’s performance at the ticket windows. But, Nagarjuna is pretty cool about it.

During his speech at the event, Nagarjuna told the film’s producers not to worry about the ongoing cyclone.

“I heard that a Bollywood film was released in theatres recently. I was told that the film collected only 3-4 Cr share. But, Love Story collected a share of 7 Cr on the first day at the worldwide box office. It proved that the Telugu audiences will always welcome a film with good content. I thank the audiences for the same,” said Nagarjuna.

Nagarjuna also told that the producers underwent a stressful situation in picking the right release date. “The producers picked the right date for the release. But, don’t worry about Gulab. The film will do well. My father’s Prem Nagar was released on the same date 50 years ago. There was a storm during the time of the film’s release. According to me, Love Story fight with storm, cyclone, and COVID to emerge as a winner at the box office.” he said.