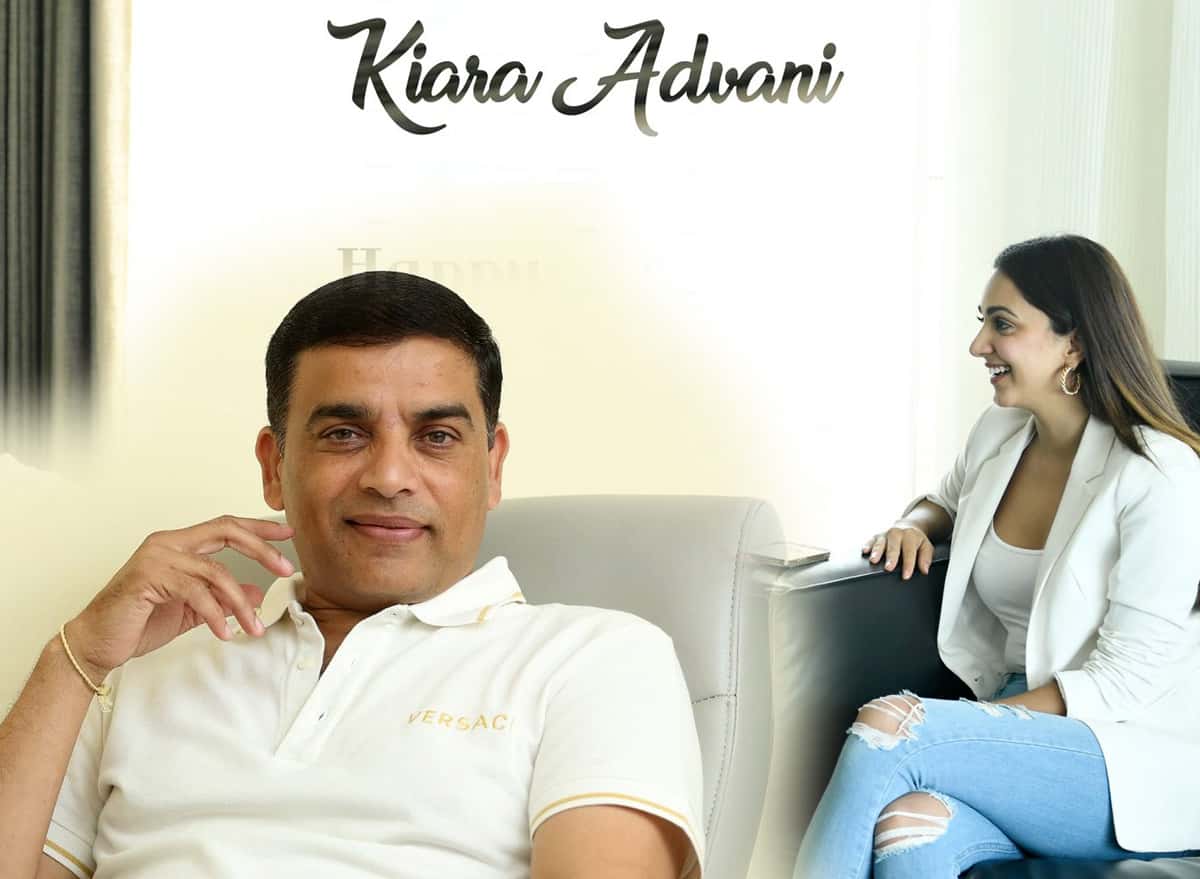 Producer Dil Raju is becoming unstoppable after announcing some back to back big films in recent times. He has very big budgeted movies like Shankar and Ram Charan’s movie, as well as Vijay and Vamsi Paidipalli’s film rolled up. And here is an interesting snippet being heard.

Apparently, Raju is tired of running after so many heroines to star in his films. Following the principle of Allu Arvind who is used to sign a heroine for three films at once by offering her a lumpsum amount, even Raju is rumoured to have done the same with Bollywood seductress Kiara Advani. Already she got paired with her Vinaya Vidheya Rama co-star Ram Charan for Shankar’s movie, and now she is likely to play the lead role in Thalapathy Vijay’s movie too.

They say that the leading Telugu producer has offered a three-movie deal with almost 12 crores upfront payment and she couldn’t resist the same. Though the actress is yet to give dates to Vijay-Vamsi movie, surely she will not be missing it as that happens to be a big film she would love to be part of. And that would launch her in Tamil as well in a big way.

One good thing about new age actresses like Kiara Advani and Pooja Hegde is that they are balancing both Hindi and Telugu movies simultaneously, unlike completely giving up like an Ileana and Taapsee.