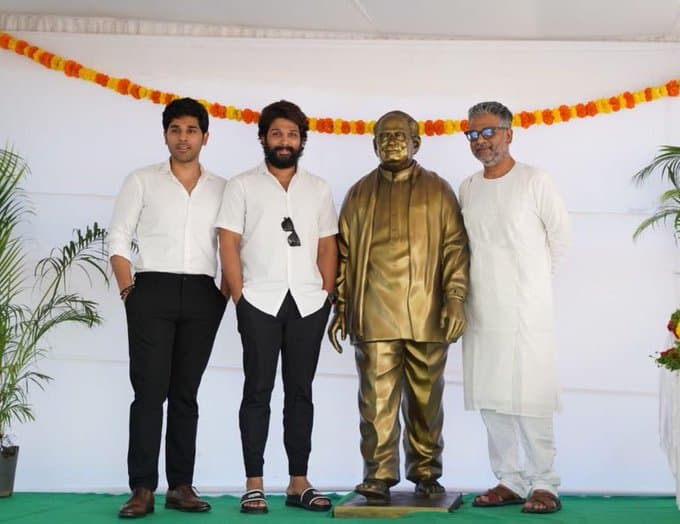 Allu Ramalingaiah, one of Telugu cinema’s first generation comedians, appeared in over 1000 films. By far it is one of the greatest achievements and as a comedian, he made a unique name for himself. Friday happens to be his 100th birth anniversary and his grandsons have paid rich tributes.

The statue of Allu Ramalingaiah was unveiled at Allu Studios located at Kokapet by Allu Venkatesh (Bobby), Allu Arjun and Sirish.

“Unveiled the statue of my grandfather Padmashri #AlluRamalingaiah garu in ALLU Studios on his birth anniversary today along with #AlluBobby & @AlluSirish. He was our pride and will continue to be a part of our journey at Allu studios,” tweeted Bunny.

However Allu Aravind was missing in this picture. “Remembering our inspiration, mentor and legendary actor Padma Sri Dr. #AlluRamalingaiah garu on his 100th birth anniversary,” tweeted the Geetha Arts handle.

Megastar Chiranjeevi will also join the birth anniversary celebrations at Rajahmundry. Chiru will reach Allu Ramalingaiah Homeopathic College located at Y Junction Park and a statue will be inaugurated at this medical college.