Republic Is A Film Youth Should Not Miss: Revanth Reddy 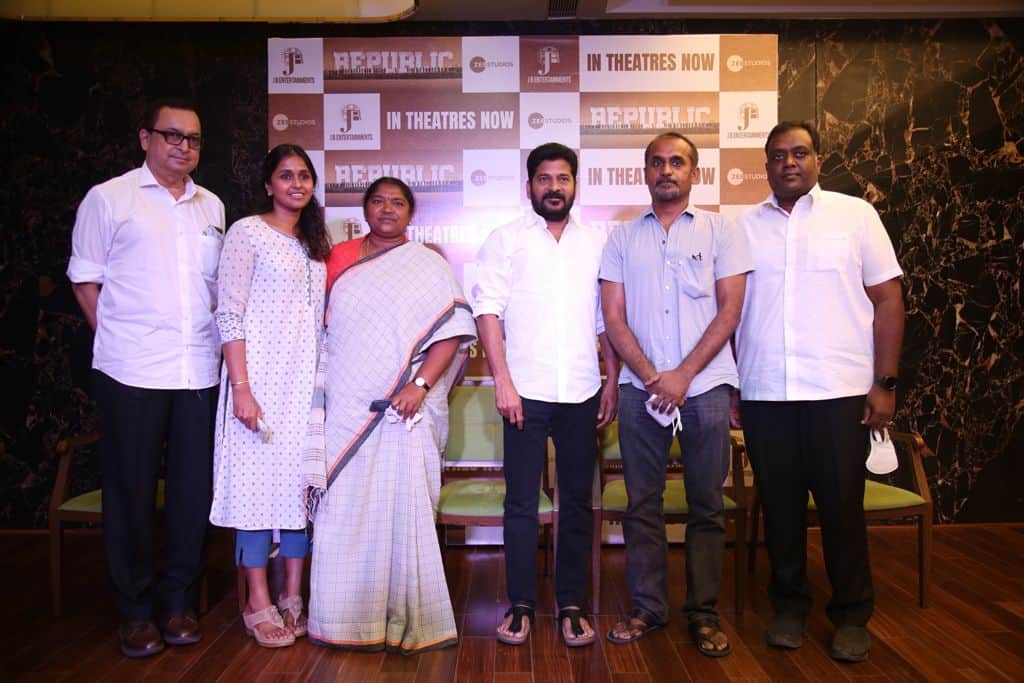 Congress President Revanth Reddy, MLA Seethakka, and Singer Smitha watched a special show of Sai Dharam Tej’s Republic at AMB Cinemas and is in all praise for the film.

Addressing the media after the show, Revanth Reddy said,” I watched Prasthanam in the US and liked very much. Republic is one film which leaves us with lot of questions after watching. The movie raises the questions needed for the society. It is a film very useful to the society. Youth should watch the film without missing”.

He also heaped Praises on Deva Katta. “Deva Katta should be appreciated for making such a film. It stresses on the importance of giving back to the country. Republic will bring change in at least few people,” he added.

Mulugu MLA Seethakka said Republic is her first ever film watched in a theater. She said she is left with a heavy heart after watching the movie. “Everyone should watch this film. People should change and politicians should change. Only then, we can construct a good democracy. Republic will help a lot in that direction,” Seethakka said.