Maha Samudram Is My Relaunch: Siddharth 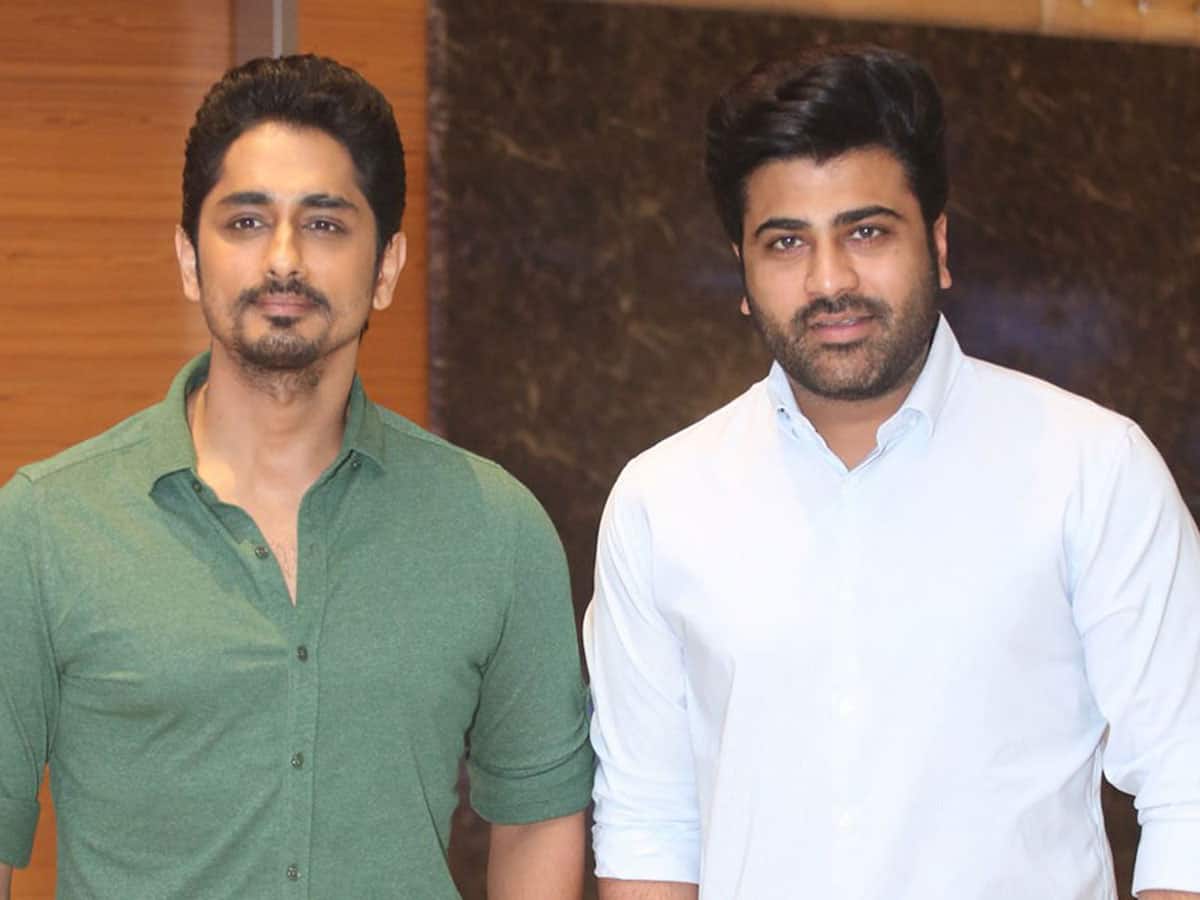 Director Ajay Bhupathi’s second film Maha Samudram is all set for release on 14th of this month. Sharwanand, Siddharth, Aditi Rao Hydari and Anu Emmanuel are the lead cast of the film. Pre-release event of the flick took place today.

Ajay Bhupathi said, “After RX 100, I narrated Maha Samudram story to many heroes. Though who like to do only solo hero films too liked the story. I thank Rao Ramesh, because of whom I could narrate the story to Sharwa. I already narrated the story to Siddu earlier. Coming to story and genre, it’s a violent love story. The film came out well because of Sharwa and Sid. They did whatever I told them. They didn’t ever question me. I honestly say that, Telugu industry will see another blockbuster on 14th. Audience won’t forget characters and characterizations. You don’t see actors, but characters in the film.”

Siddharth said, “I proudly say that, Telugu audience made me a star. Any big star will take light from sun. If I’m a star, Telugu audience are my sun. Maha Samudram wouldn’t have happened without Anil Sunkara. Anu is wonderful as Smitha in the film. It’s a milestone film for every actor. Aditi is Maha in Maha Samudram. She is a wonderful performer.

Sharwa, I love you. I got a good friend like Sharwa with this film. In my view, Maha Samudram is Sharwanand’s film. The film’s scale and budget increased because of him. It’s not my comeback film, it’s my relaunch. You will see new Siddharth in the film. I thank Ajay for bringing me back to my people.”

Sharwanand said, “I don’t accept with Siddu’s statement of I’m the hero of Maha Samudram. Story is the hero of Maha Samudram. I feel so proud to be part of this film. Maha Samudram film is okayed in just 3 days. I’m so proud of Ajay. Maha is the main character of our film as the story revolves around her character. There’s lots of depth to the character. Anu, you’re the sweetest person I’ve ever met. Jagapathi Babu couldn’t come, as he was stuck with other film’s shooting.

Finally, I love you Siddu. I got a good friend because of this film. You’re always be the superstar. There is a dialogue in the beginning of the film. We say, ‘we’re rebels’ and then a song begins. Prabhas fans will love this. Films like Express Raja, Shatamanam Bhavati and Mahanubhavudu came for festivals and they became hits. I’ll score a blockbuster with Maha Samudram which is arriving for Dussehra.”