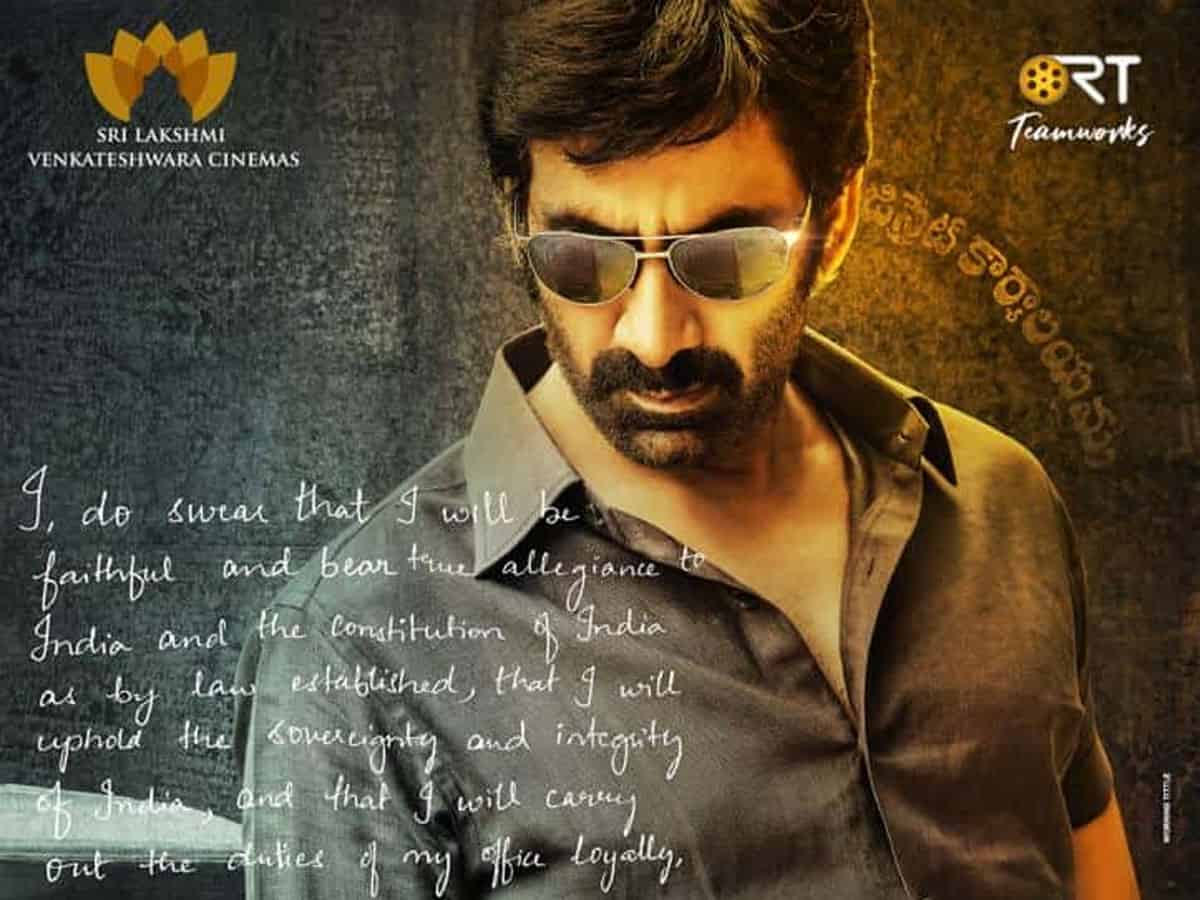 They are scouting for exotic locations such as deep forest to shoot thrilling and action episodes in India, they will be flying overseas to finalize the locations to film songs there.

Sam CS has scored music for the film where Ravi Teja will be seen romancing two heroines- Divyasha Kaushik and Rajisha Vijayan.

Billed to be a unique thriller based on true incidents, Ravi Teja plays a never seen before character in the film.

Venu Thottempudi plays a vital role in the film bankrolled by Sudhakar Cherukuri.