Prabhas Wishes His ‘Prerana’ with A New Poster 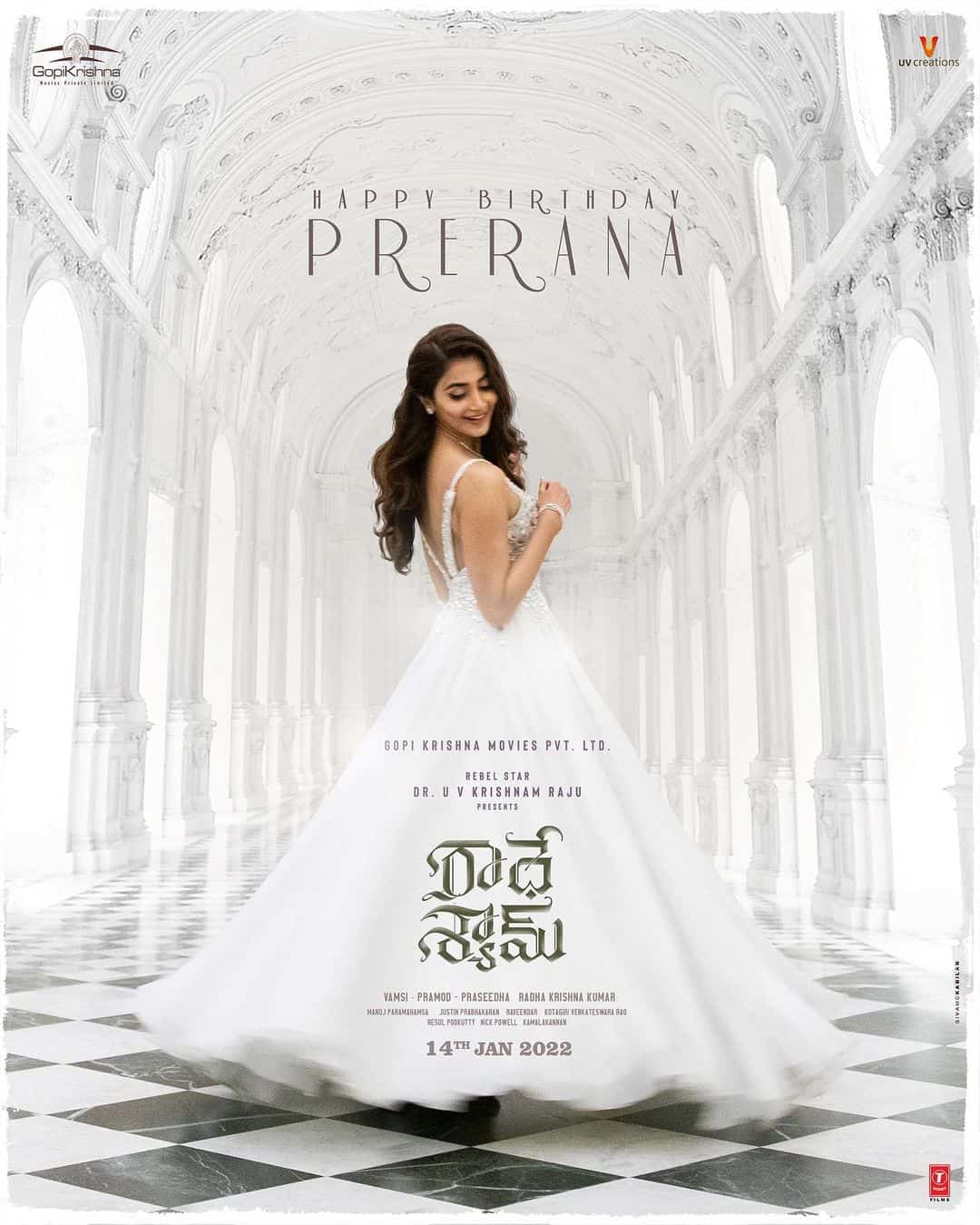 Pooja Hegde turns 31 today on October 13. And Prabhas extended his heartfelt wishes to the actress by sharing a new breathtakingly beautiful poster from their film Radhe Shyam. Pooja looks mesmerising in a white embellished gown and the poster is a stunner!

Prabhas wrote “Happy birthday” and tagged Pooja along. The poster has Happy Birthday Prerana written on it and the actress is leaving everyone in awe with exquisite looks. Radhe Shaym is slated to hit the screens on January 14, 2022. The movie has created quite a stir since its announcement as fans are excited to see the fresh pairing on the screen.

The forthcoming film is directed by Radha Krishna Kumar. The film also features Krishnam Raju, Sachin Khedekar, Priyadarshi, Bhagyashree among others. Backed by UV Creations, the film will be released in multiple languages.