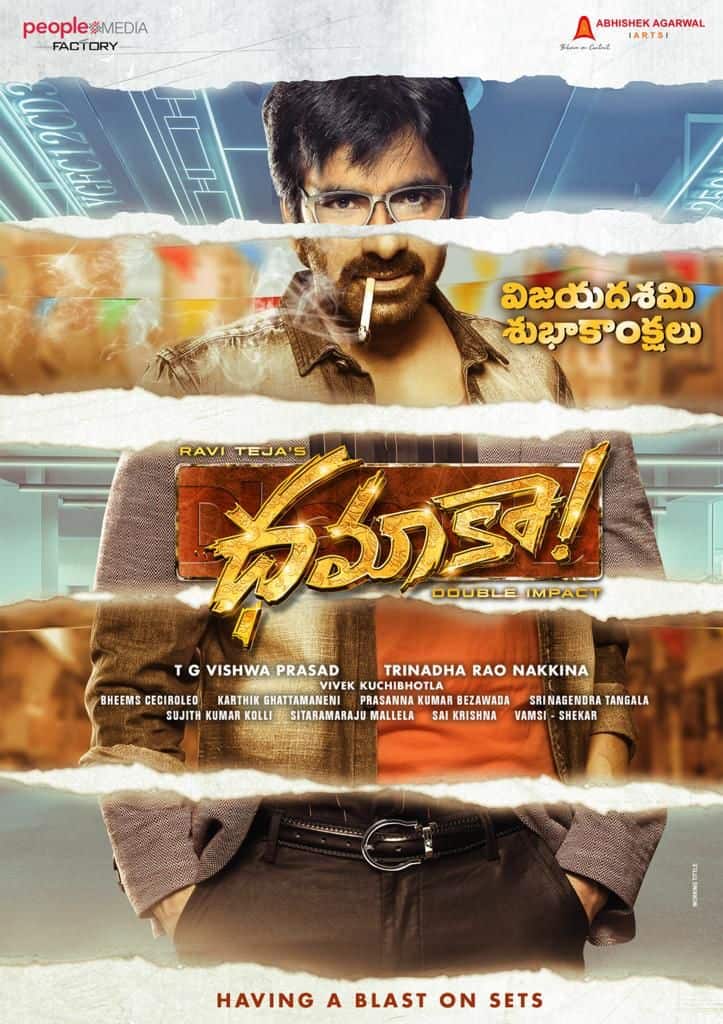 Mass Maharaj Ravi Teja is already busy with the shootings of Khiladi and Ramarao.  The actor recently started the shooting of another project, #RT69 in the direction of Trinadha Rao Nakkina.

The movie has been titled ‘Dhamaka’ and the first look poster is also out as Dussehra Special. If the poster is any indication, Dhamaka is a hilarious entertainer like Trinadha Rao Nakkina’s previous films.

It is also noticeable that the Mass Maharaj is completely different. The avatar itself has that celebratory vibe and the specs give an entirely different look for Ravi Teja. The hands in the pocket style will drive the fans crazy.

Dhamaka has made an instant impression on the audience once should say. The title, the first look, and the combination reflect on the positive vibes surrounding the film. It is definitely a good start for the film promotions.