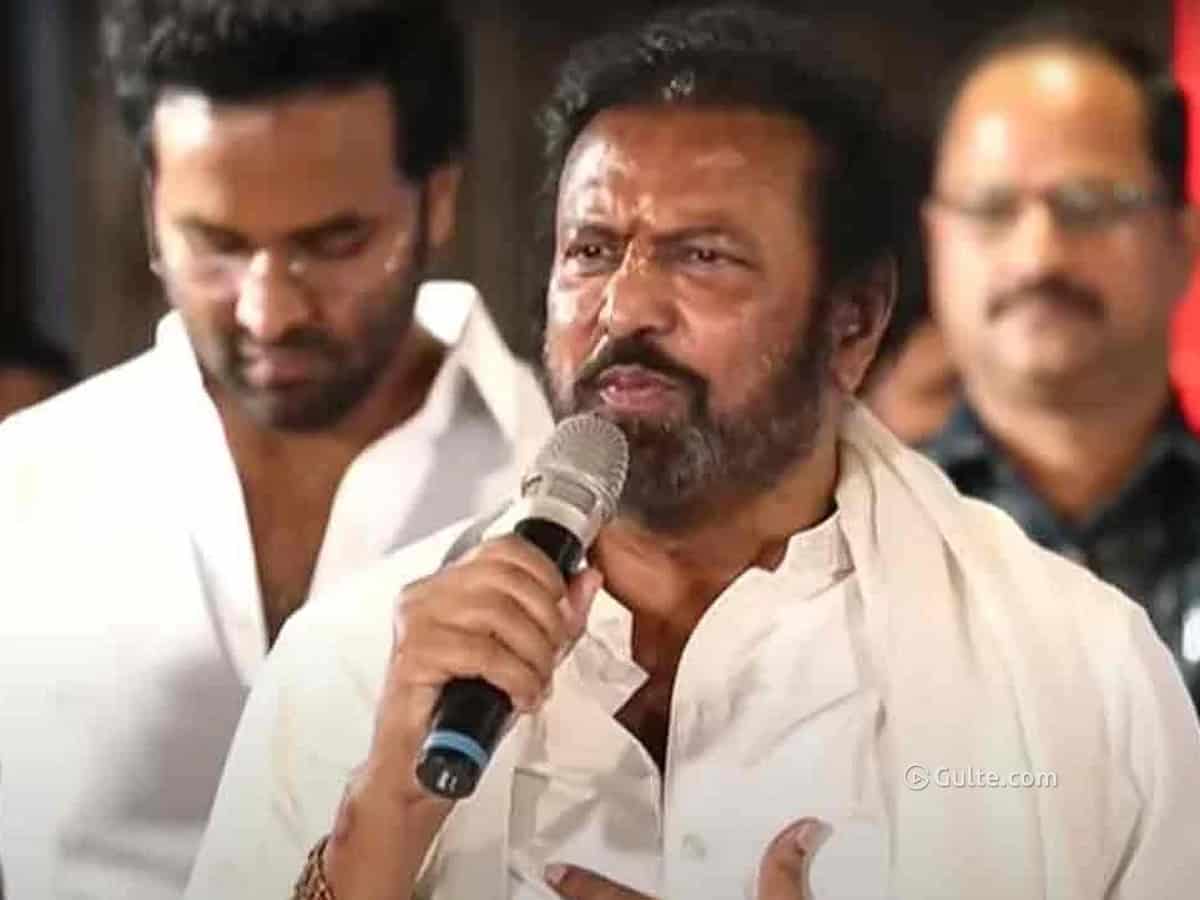 Manchu Vishnu is the new president of the Movie Artists Association (MAA). Vishnu has taken oath as the president today, in the presence of his father Mohan Babu and his panel members. Talasani Srinivas Yadav, the minister for cinematography in the Telangana state graced the occasion as the chief guest.

Manchu Mohan Babu began his speech by remembering the seniors in the film industry. He thanked the members of the association for electing his son Manchu Vishnu as the president of the MAA.

“As Talasani garu mentioned, my anger did harm to me and not others. Please do not show your anger on those who did not vote for us. I request all the artists to stay united. Let us all work together,” said Mohan Babu.

“We are in Hyderabad and as part of respecting elders, our foremost step is to meet Telangana CM KCR. I know him in person and he always extends his helping hand to the poor cinema workers. On behalf of everyone, I will also personally meet KCR to request him for his support to the MAA.” said Mohan Babu.

“Some of the actors did not participate in the elections because of their busy schedules. But, my appeal to them is that this association belongs to all of you. Please don’t think that you don’t have any connection with this association. Vishnu needs all of your involvement,” mentioned Mohan Babu.

Mohan Babu also made an appeal to the artists in the MAA. “If you have any issue among yourself, please approach the MAA president and sort out the issue smoothly. But, please do not approach the media and make it ugly as others did in the past.”

Mohan Babu also expressed his fear about Vishnu handling multiple responsibilities. “Vishnu is a busy actor and he has three films on hand. He is also holding a key responsibility in Sree Vidyanikethan. Now, he is the president of MAA. I hope he takes some time and works hard for the welfare of the association,” said Mohan Babu.

In the end, Mohan Babu made a sincere appeal to everyone to stay united for the development of the Movie Artists Association. Mohan Babu also made an indirect appeal to the opposite panel members to not provoke them unnecessarily. “At least now, please do not provoke us. We all are one. I love you all,” said Mohan Babu without taking any names.