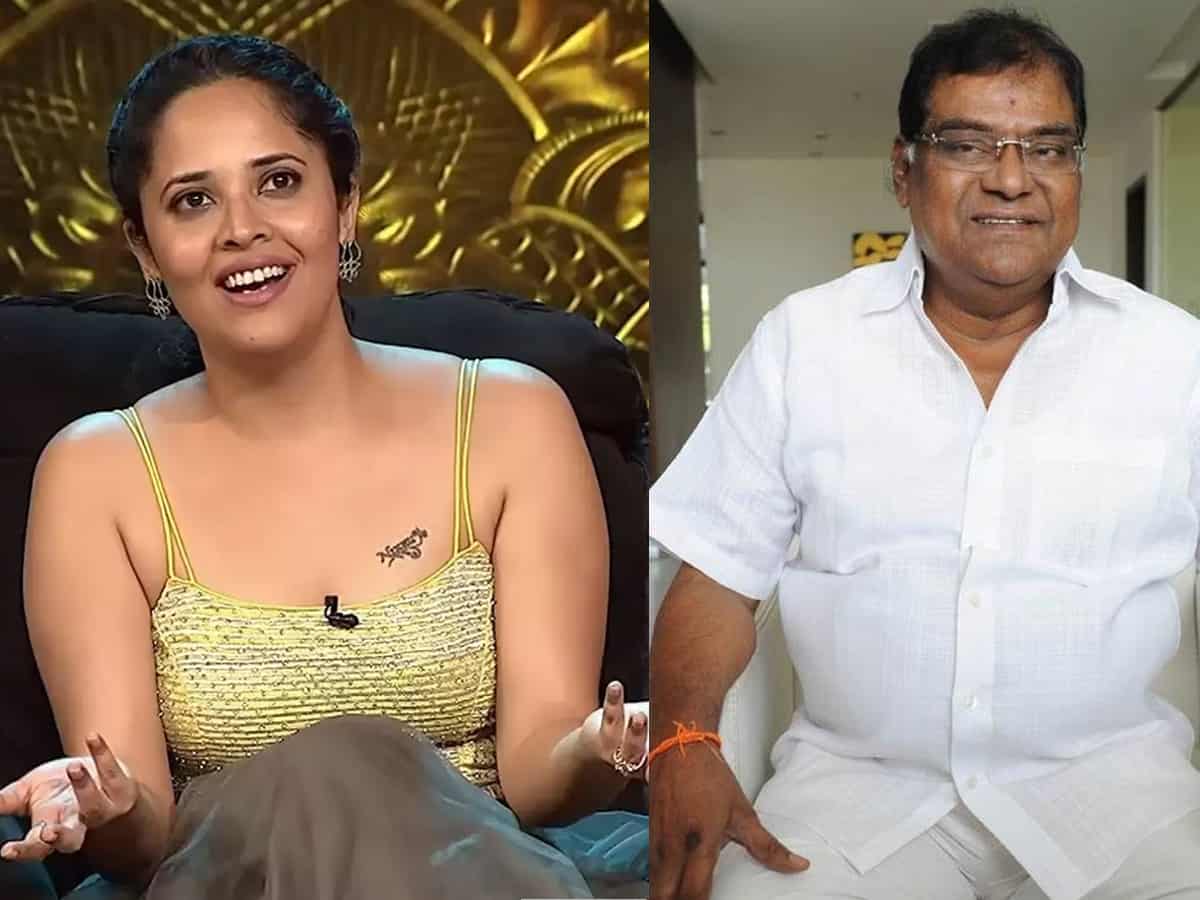 Senior actor Kota Srinivasa Rao seems to be in the news for all wrong reasons. In his recent interview with popular journalist Jaffer, Kota shared his views on various aspects of his life, cinema, and the MAA Elections. His casteist remarks in the MAA Elections already resulted in criticism against him. Now, Anasuya Bharadwaj is also unhappy with Kota’s comments.

“It is not a comedy. People might watch it but it will not last long,” said Kota Srinivasa Rao, adding, “Anasuya garu is a talented actress. She looks beautiful. She is very expressive. She is a very good actress but personally, I do not like her dressing in the TV show. Other than that, I like her as an actress.”

Kota also said, “Roja garu is dressed well in the same show but I don’t like Anasuya’s dressing.”

The interviewer tried to tell Kota that dressing style is one’s personal choice. However, Kota disagreed with that opinion.

Anasuya seems to have watched the interview and the senior actor’s comments against her. She did not take Kota’s name but shared a personal note on Twitter, expressing her displeasure.

“It overwhelms me on how my choice of dressing is a matter of concern to this extent,” she mentioned in her note.

The following is Anasuya’s response to Kota’s comments!