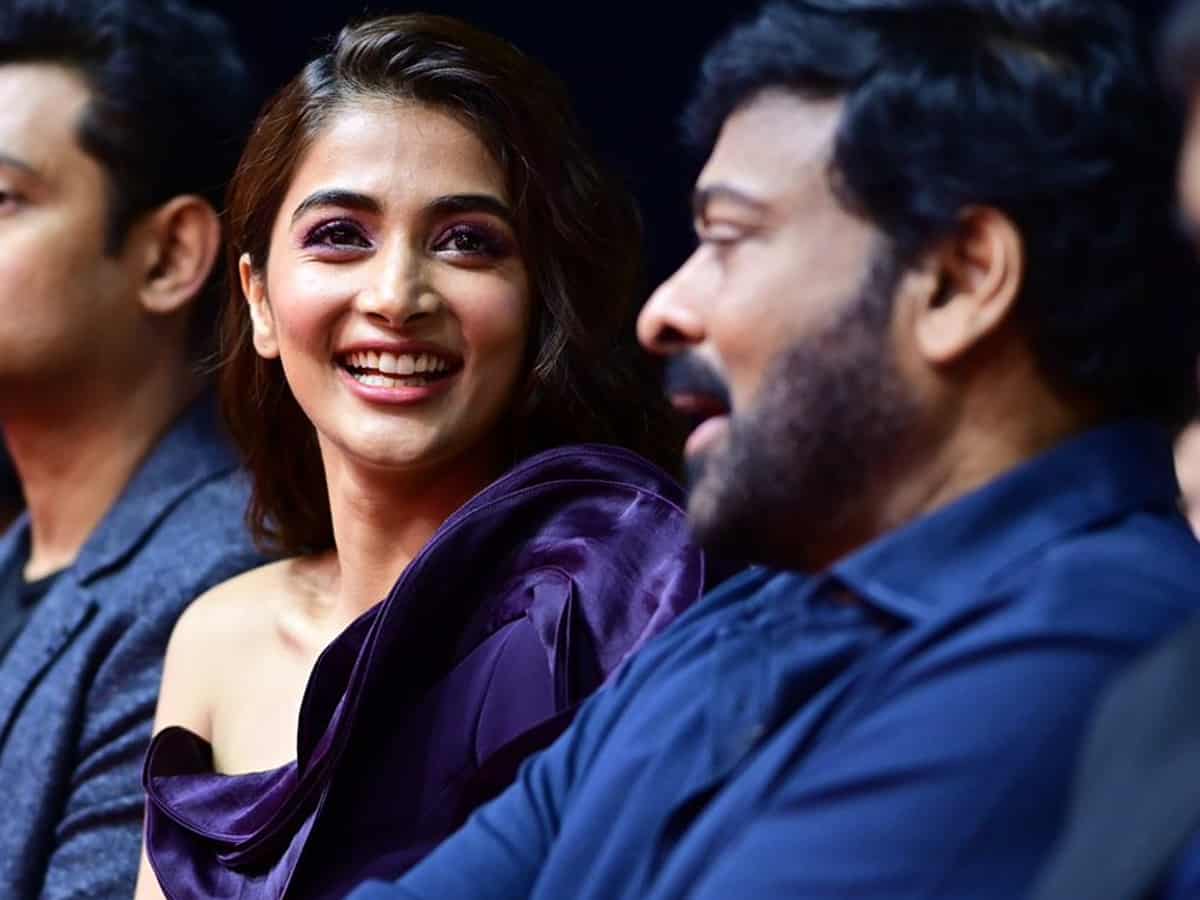 Actress Pooja Hegde’s latest release ‘Most Eligible Bachelor’ opened to positive word of mouth and the box office collections are stunning. The film’s first weekend collections crossed over Rs 20 crore mark, thanks to the Dasara festival.

With such massive reception, Pooja is elated but her performance in the film is also one of the reasons behind this success. She played Vibha, a stand-up comedian and it’s a role that she never attempted in the past. From Akhil to director Bommarillu Bhaskar many complimented Pooja that she put in a lot of effort for the role and finally it paid off.

For her performance, Pooja received huge praise from none other than Megastar Chiranjeevi. In #AskPoojaHedge chat session, she was asked about sharing her experience with Chiranjeevi from ‘Acharya.’ But Pooja revealed that she got a message from Chiru this morning.

“Don’t know about that but Chiranjeevi Garu made my day today by msging me about my performance in Most Eligible. Inspired to work harder now,” tweeted Pooja.

In ‘Acharya’ Pooja is essaying Neelambari and is pairing with Ram Charan and when asked about her role, she added “Can’t wait for you all to see it, it’s visually SO beautiful. Such beautiful moments in the song.”

‘Radhe Shyam’ is Pooja Hedge’s next biggie. She is also pairing with Thalapathy Vijay in ‘Beast’ and she is also confirmed opposite Powerstar Pawan Kalyan in ‘Bhavadeeyudu Bhagat Singh.’ That’s a big line-up for the dusky siren.