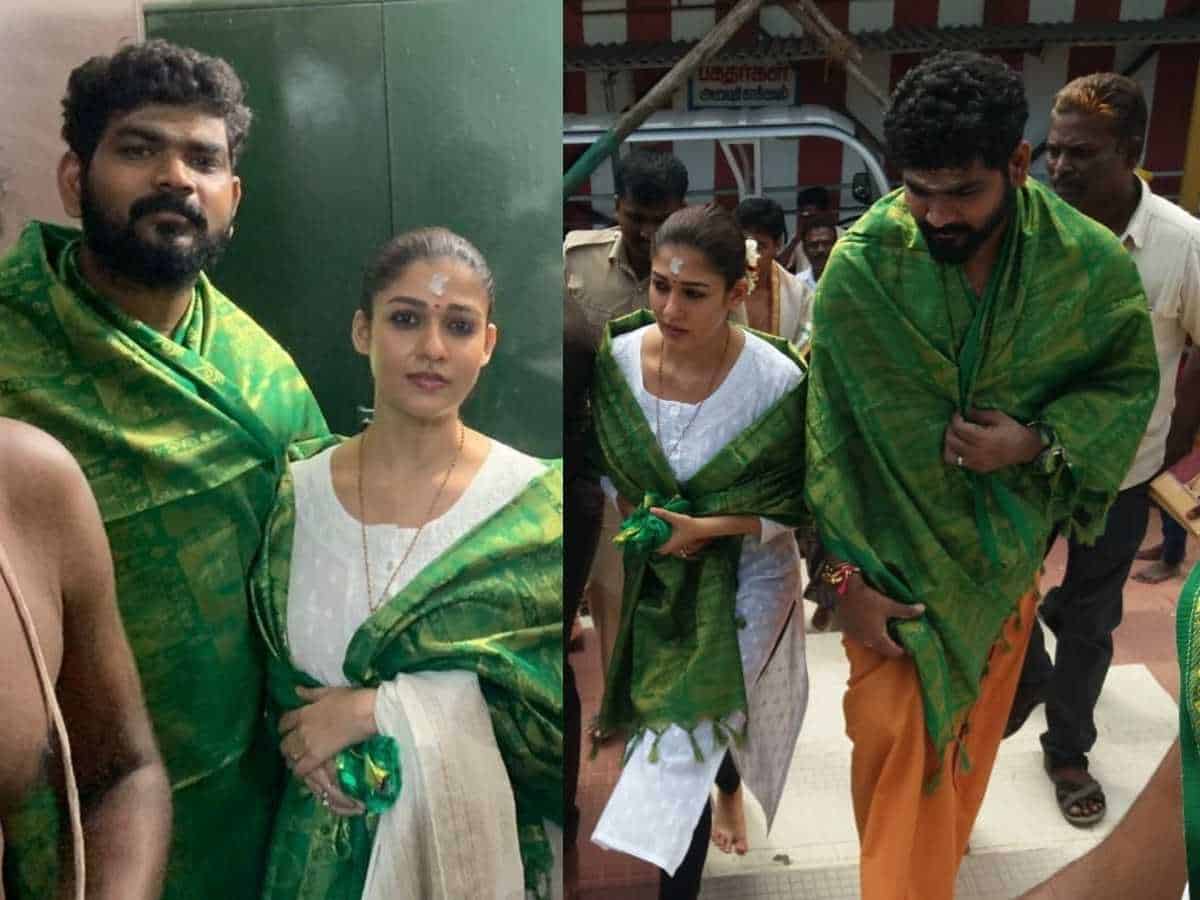 Superstar heroine Nayanthara is getting ready to tie the knot with her boyfriend, filmmaker Vignesh Shivan, to whom she got engaged already. Currently, both Nayan and Vignesh are seen wandering from state to state, visiting famous temples like Shirdi, Siddhi Vinayak temple in Mumbai and another ancient temple in Karnataka. And here’s a rumour that popped in Tamil circles now.

Nayanthara has now become a firm believer of Hinduism after she got converted, while she was born as a Syrian Christian in Kerala. Reports are coming out that Nayan has some Manglik issues and she should not directly tie the knot with Vignesh, but should first actually marry a tree.

While these types of marrying trees and animals to get rid of a dosha is an ancient thing, surely the modern world is not catching up much to it. But it looks like celebrities are still believing those suggestions by astrologers.

Back then, even Aishwarya did the same way of marrying three different trees each at Kasi, Bangalore and Ayodhya, as her astrologers suggested that it is the best way to not push marriage with Abhishek into trouble. While some cases were also lodged on Aish for marrying trees, it looks like even Nayanthara is also going the same way as per rumours popping up.

On the other hand, Nayanthara is said to be cutting down her acting assignments now to make sure that she gets married in the next 3-4 months.