Radhe Shyam’s teaser to be out on Global Prabhas Day 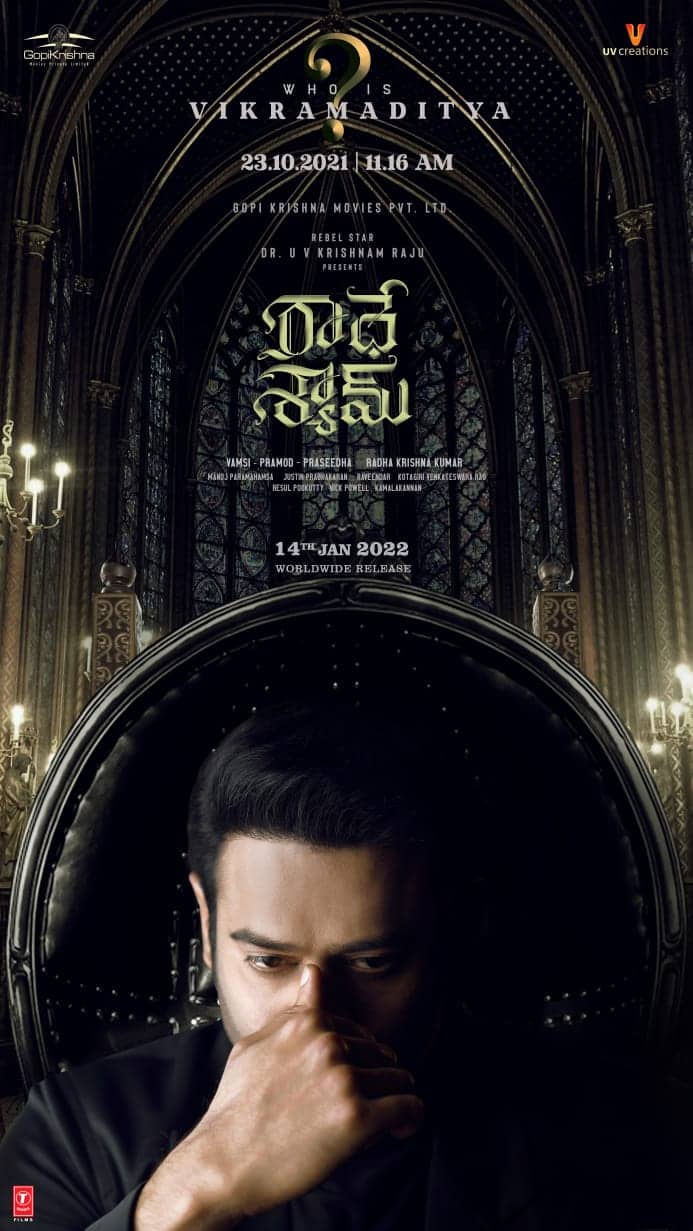 The long wait of Prabhas’ fans is going to end in three days. The much-awaited teaser of Radhe Shyam will be unveiled on 23rd October, on the occasion of the Baahubali actor’s birthday. An official announcement was made just about a while ago.

“Who is Vikramaditya? Stay tuned to find out in the #RadheShyam teaser, out on 23rd October! Enjoy the teaser in English with subtitles in multiple languages! #GlobalPrabhasDay,” tweeted UV Creations on Twitter.

The poster also looks intriguing featuring Prabhas in a serious pose. Fans are now waiting with bated breath to witness the magic of this teaser.

Radhe Shyam is being directed by Radha Krishna Kumar. Pooja Hegde is playing the female lead in it. The film is slated for a worldwide release on January 14, 2022, in Telugu, Tamil, Malayalam, Kannada and Hindi languages.

It is being bankrolled by UV Creations, Gopi Krishna Films and T-Series. Justin Prabhakaran is composing the music of it and Manoj Paramahamsa is handling the cinematography.

Apart from Radhe Shyam’s teaser, fans are expecting treats from the makers of Prabhas’ other films like Salaar, Adipurush and Project K.