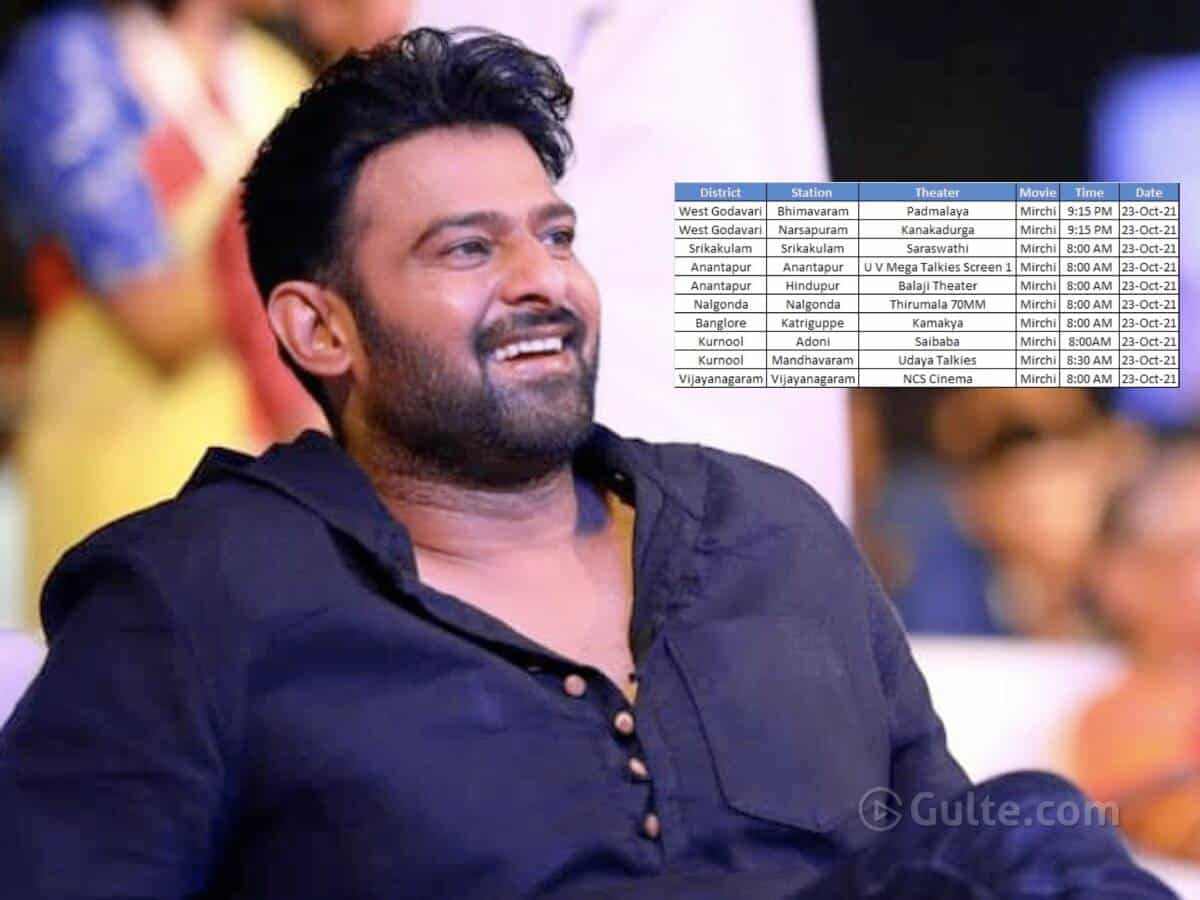 Pan Indian star Prabhas will be celebrating his 42nd birthday on October 23, and his humongous number of fans are already prepping for the big day. Amid the joyous preparations, Prabhas’ blockbuster film Mirchi will be re-releasing in the theatres of the Telugu states, as a token of love for the actor on his birthday.

It was eight years ago when Koratala Siva’s Mirchi was released and not to mention, it registered record collections. This, one of the highest-grossing films in 2013, has also received six state Nandi Awards. The film was indeed a masterpiece for Prabhas fans and now, once again, cinegoers are very eager to witness the Rebel Star’s hit film on the big screen.

On the work front, Prabhas is waiting for the release of his pan Indian film Radhe Shyam, co-starring Pooja Hegde. He will be playing the role of Vikramaditya. The actor also has an untitled sci-fi film with director Nag Ashwin, which also stars Deepika Padukone and Amitabh Bachchan.

He will also be seen in the role of Lord Ram in the pan Indian big-budget film, Adipurush, which will be directed by Om Raut. Prabhas is also busy shooting for Prashanth Neel’s Salaar. He also announced yet another pan world film titled Spirit with director Sandeep Vanga.