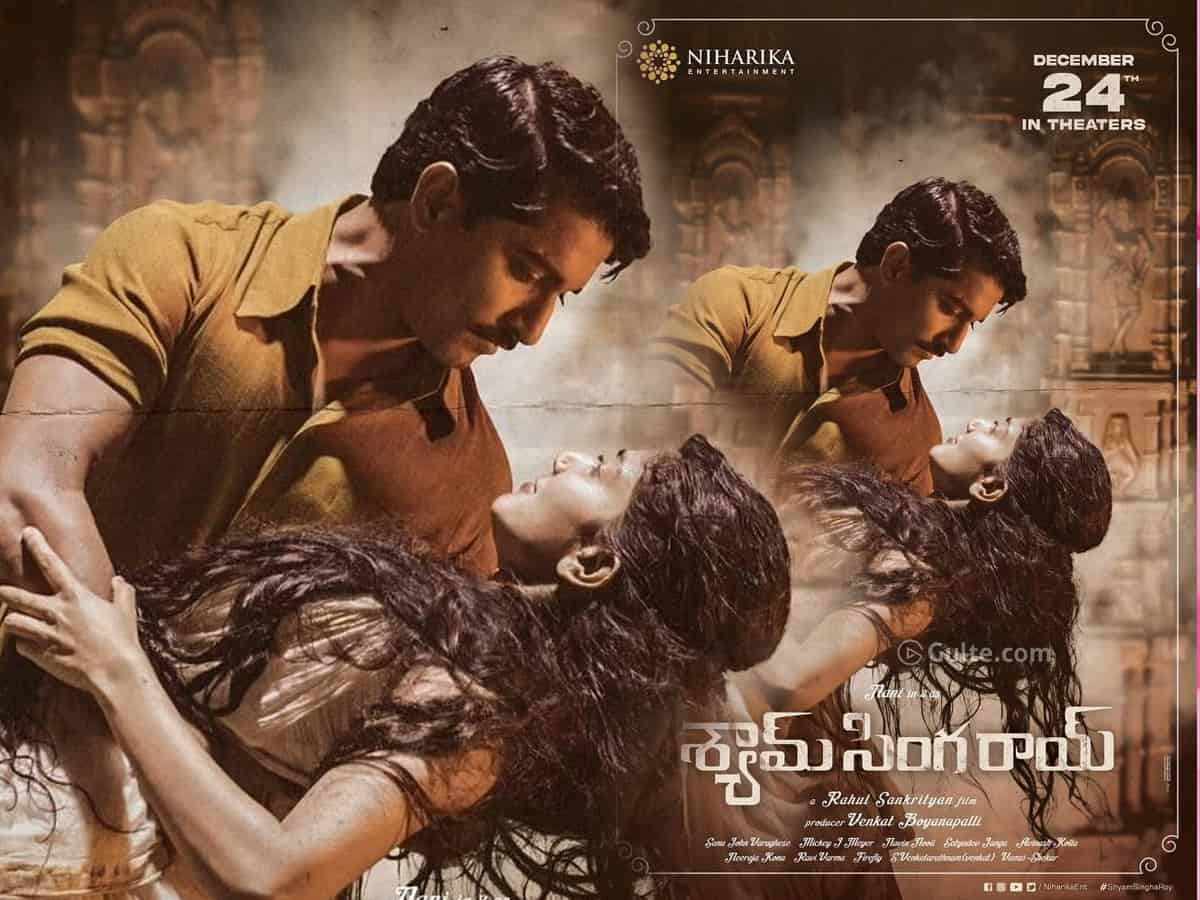 Nani’s Shyam Singha Roy has been carrying enthusiastic reports, ever since its first look poster was released.

The film is being made on a first of its kind subject, producer Venkat Boyanapalli is mounting it on grand scale and it is the most expensive film in Nani’s career.

Recently, they have announced to release Shyam Singha Roy on December 24th and it’s a perfect time, given Christmas holidays, followed by New Year.

Expectations are quite high on the film and it has become hot in trade circles.

Lakshman who earlier distributed Jaathi Ratnalu has offered a fancy price for Nizam and Vizag rights of the film.

Though the deal isn’t closed yet, it is said to be highest business deal for Nani.

There is huge demand for rights of the movie for other regions as well.

Sai Pallavi, Krithi Shetty and Madonna Sebastian played heroines in Rahul Sankrityan directorial which will release in all south languages.