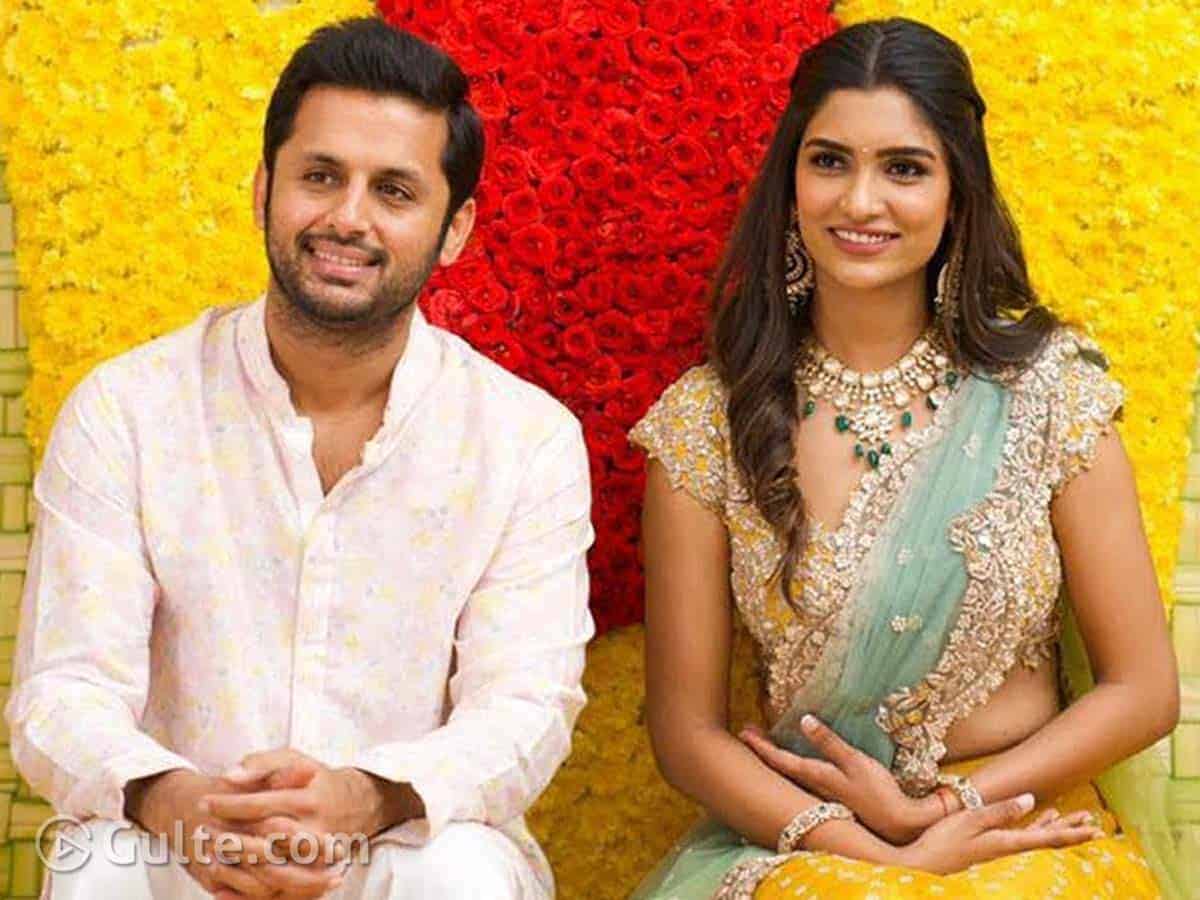 While Nithiin was also set to get married in April, COVID-19 had shattered all his plans and he had to postpone his wedding. The Bheeshma actor had a lot of hopes for his wedding and in fact, reports claimed that he was planning to organise the wedding in Dubai, and hold a reception for his close friends and film fraternity here.

Initially, there were reports that the wedding would happen in December only. Well, looks like Nithiin and Shalini’s family has decided to prepone it. Buzz is that the wedding is going to take place next month at a farm house and hoping that the things go as per the plans, both the families are making arrangements.

Nithiin and Shalini were engaged in the month of February and their pics have gone viral. It is a love marriage and the couple have known each other for a long time. Shalini is a Hyderabadi girl who studied and worked in a different country. Well, let us wait for an official confirmation from the actor.

On the work front, Nithiin has Rang De with Keerthy Suresh, Telugu remake of Andhadhun and a yet to be titled Chandrasekhar Yeleti directorial.