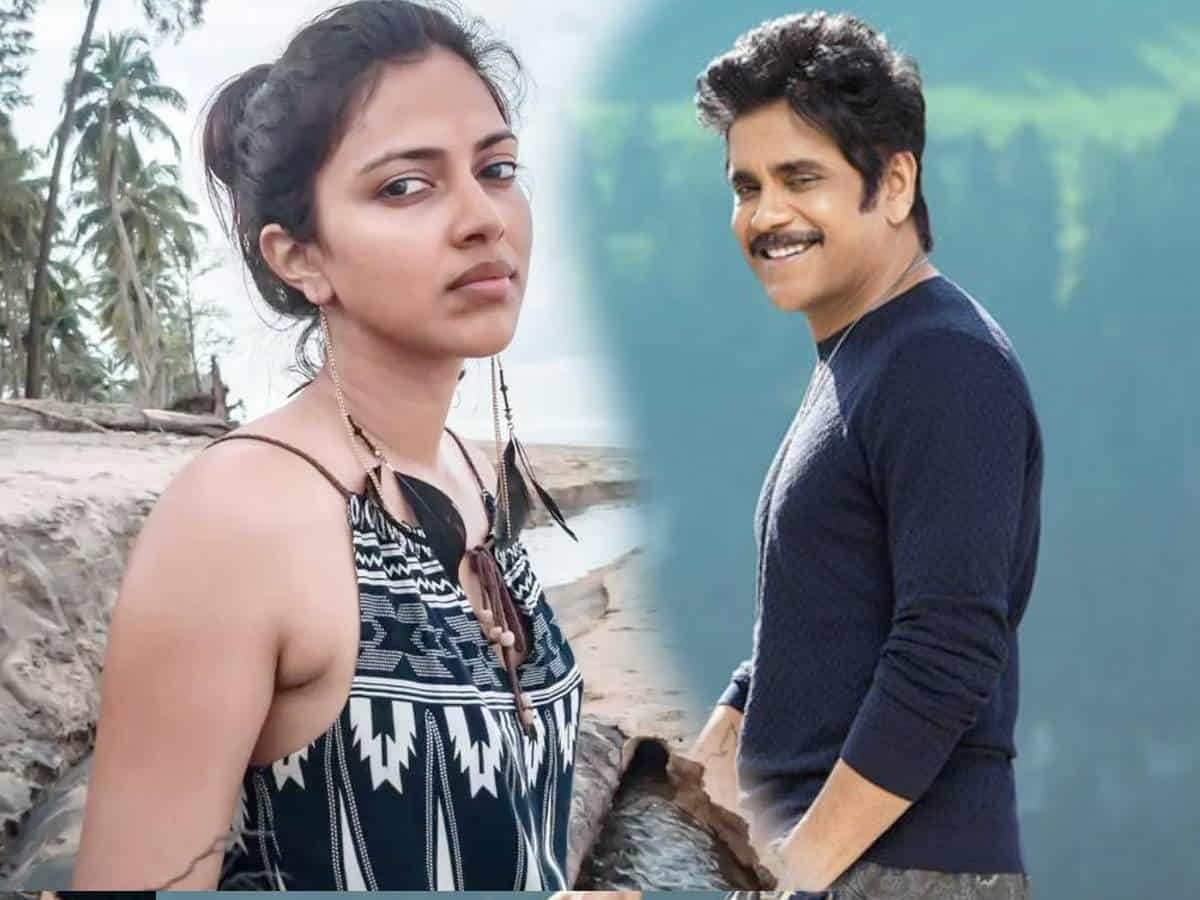 The exit of one actress from a film is always a boon for another actress. Due to her personal reason, which is rumoured to be pregnancy, actress Kajal Aggarwal has walked out of Nagarjuna Akkineni’s “Ghost” movie, for which she has shot for a week already. And she’s now replaced by none other than dusky siren Amala Paul who is waiting for good opportunities to come her way.

Talk is that there is a flashback sequence in the movie where Nagarjuna and Amala Paul will fall in love and spend their time at a hill station. For that sequence, already the indoor shoot is being done in Hyderabad at Film City. With director Praveen Sattaru trying to bring out the extreme romance in that song where Amala has to do a few intimate scenes including lip kissing with Nagarjuna, the actress is said to have demanded more money to do such stunts.

Usually, it is becoming tough for heroes of Nagarjuna’s age to get young actresses to act alongside them, and if there are intimate scenes like this, then no doubt, they have to agree to the remuneration demand too. For now, there is no clarity over the remuneration part for outsiders, but the intimate scenes between Nagarjuna and Amala are said to have come out very well.

From a time, Ghost is in shooting progress and the whole production part will be wrapped in the next two months as per insiders.