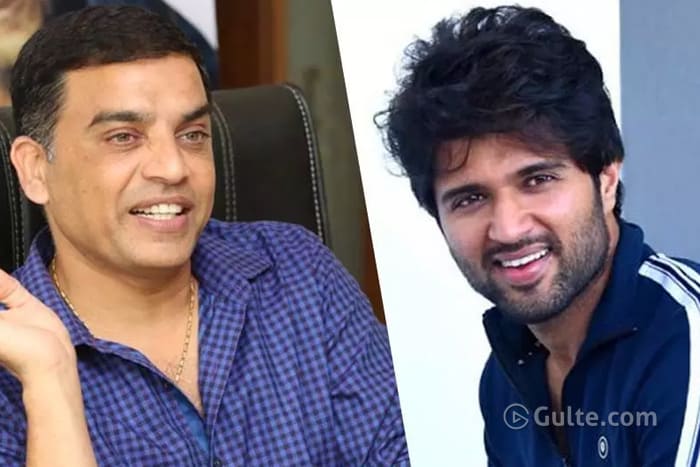 Ace producer Dil Raju has worked with almost all star heroes of the Telugu film industry. One of the few top heroes that he didn’t collaborate with yet is Vijay Deverakonda. Vijay gained stardom since Arjun Reddy but until now, he didn’t get a chance to work under Dil Raju’s banner.

Finally, the Rowdy actor announced that he will soon collaborate with Raju on a crazy project. Vijay attended a song launch event of Dil Raju’s upcoming film Rowdy Boys last night. Speaking at the event, Vijay said that it was his dream to work with Dil Raju since the time he aspired to be an actor.

“I used to dream of making a debut in Dil Raju sir’s film. Even for our film Pelli Choopulu, we thought of releasing it through his banner but he was busy at that time. Finally, we are collaborating soon,” stated Vijay.

“This project will be huge and will blow your minds for sure,” he further added.

Though Vijay said it will be a mind-blowing project, he didn’t reveal who will direct it. Maybe, either Raju or Vijay will announce more details of their project once everything falls in place.

Rowdy Boys is being directed by Harsha Konuganti. Aashish and Anupama Parameswaran are playing the lead roles in it.