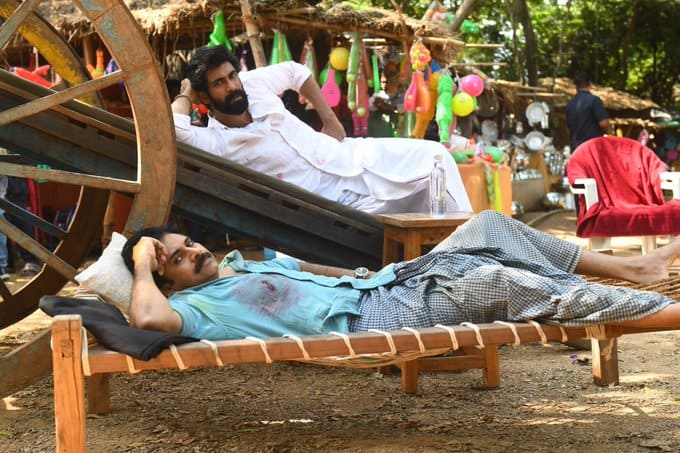 The film ‘Bheemla Nayak’ is a multi-starrer featuring Powerstar Pawan Kalyan and Tollywood Hulk Rana Daggubati. But till date not a single poster or picture of Pawan and Rana sharing the frame was not out and here comes the first among many.

The team of ‘Bheemla Nayak’ posted a picture on social media but it’s an off the camera one. “Unwinding off the camera #BheemlaNayak & #DanielShekar,” tweeted Sithara Entertainments handle.

Pawan can be seen taking a rest on a wooden cot while Rana is lying on a bullock-cart. The blood stain on Pawan’s shirt hints that he and Rana were involved in an action episode. Both seem to be tired and so might be taking a quick nap before the next.

The film heavily relies on Pawan and Rana’s on screen chemistry and this picture kind of suggests what it’s going to be like.

Saagar K Chandra is directing ‘Bheemla Nayak’ and Trivikram is assisting with dialogues and screenplay.