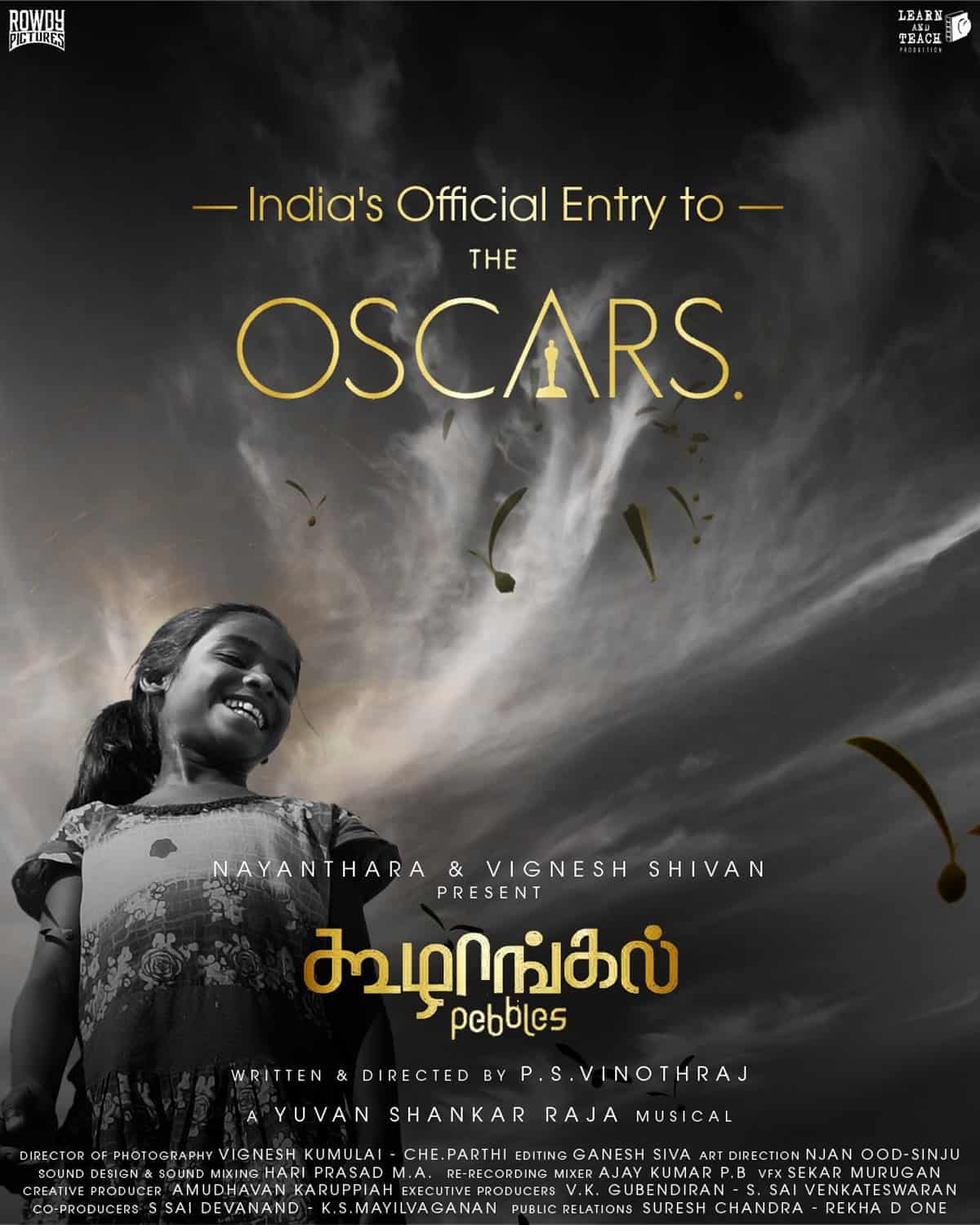 Finally, it is a Tamil film that has been selected as India’s official entry to the 94th Academy Awards which will be held next year. PS Vinoth Raj’s Koozhangal (Pebbles) will be embarking on its Oscars 2022 journey, representing India.

The Film Federation of India had set up a 15-member jury, headed by acclaimed filmmaker Shaji N Karun, to select India’s official entry in the Best International Film category of the Academy Awards. A total of 14 films were screened in Kolkata for the last couple of days.

Sherni (Hindi), Mandela (Tamil), Sardar Uddham (Hindi) and Nayattu (Malayalam) are some other films that have competed to be India’s official entry. Finally, Koozhangal got that honour.

This little indie film is produced by Nayanthara and Vignesh Shivan. Yuvan Shankar Raja has composed the music of it.

Producer Vignesh Shivan shared the news by tweeting, “There’s a chance to hear this! “And the Oscars goes to ….“ Two steps away from a dream come true moment in our lives …. Can’t be prouder, happier & content.”

It has to be seen if Koozhangal crosses all the hurdles and gets a place in the final nominations of the Academy Awards.