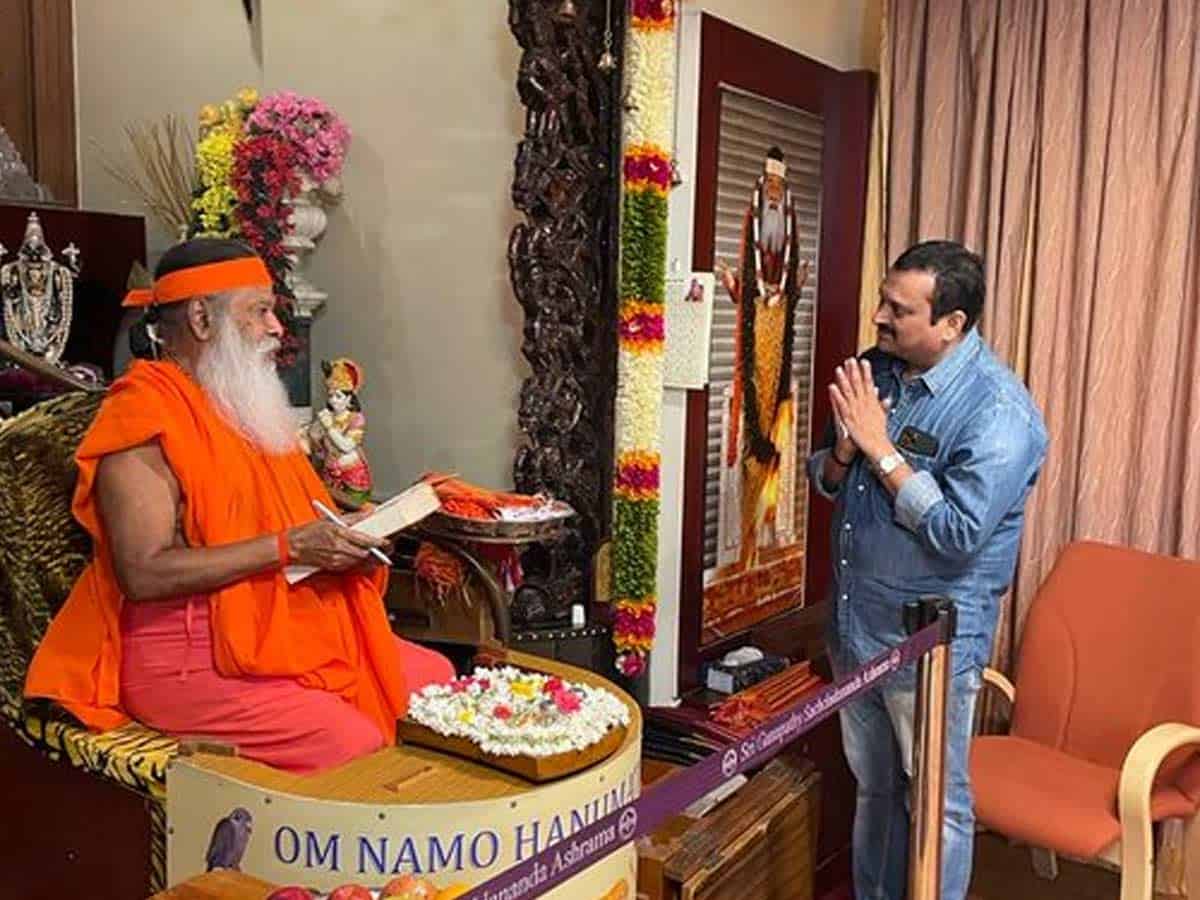 After gaining popularity as an actor, Bandla Ganesh ventured into production. He also proved to be a successful producer by delivering hits like Gabbar Singh, Baadshah and Temper. He stayed away from films for a few years to focus on politics.

As his political career didn’t go well, Ganesh came back into films. Last year, he made an acting comeback by playing a small role in Sarileru Neekevvaru. Just a few months ago, he announced that he will soon make a film with Power Star Pawan Kalyan.

Recently, Ganesh announced that he will make a biopic on the life of the spiritual guru Sri Ganapathy Sachidananda Swamy. Ganesh visited Sachidananda Ashram and had a darshan of the Swamy. He posted the picture of him with Swamy on Twitter.

“I will only make the biographical film of Appaji. He allowed me to do it. No one can stop anyone’s luck,” tweeted Ganesh along with the picture.

It has to be seen who will direct this film and who will reprise the role of Sachidananda Swamy. Let’s wait for Bandla Ganesh’s further updates on this movie.

Meanwhile, Bandla Ganesh is currently busy with the works of his upcoming film Degala Babji, in which he plays the lead role.

Tags Bandla Ganesh Sri Ganapathy Sachidananda Swamy. Ganesh visited Sachidananda Ashram and had a darshan of the Swamy. He poste