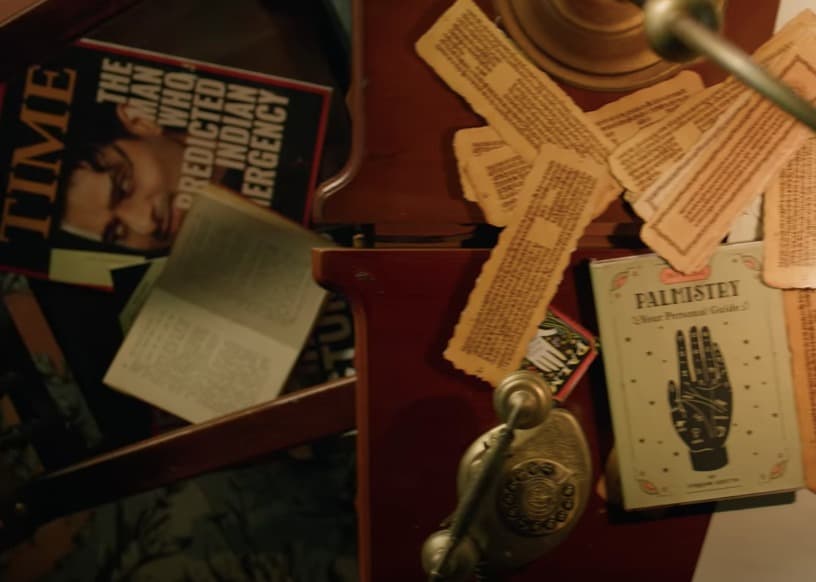 The teaser of Prabhas’ Radhe Shyam was released the other day, on the occasion of the actor’s birthday. There were huge expectations about the teaser and we have to agree that it lived up to the hype.

The makers clearly stated that Radhe Shyam is not just a mere romantic drama but it also has some super-natural elements incorporated in it. Prabhas has been introduced as Palmist Vikramaditya in the teaser.

Throughout the teaser, we get to see various visuals running according to the voice-over of the Prabhas. In one of the shots, we can see Vikramaditya’s picture on the Time Magazine, with the headline, “The Man Who Predicted Indian Emergency.”

This particular shot is now raising curiosity among audiences. They are wondering how Radha Krishna used this Palmist profession in his story. People are also mesmerized by these intricate things that makers came up with. The shot also clarifies that the film is set in the era of the 1970s and 80s.

This shot is now going viral all over social media and people are coming up with their own theories on it. Anyway, we have to wait until the release to know all the secrets and surprises that are hidden in Radhe Shyam.

This film features Pooja Hegde as the female lead. She plays the role of Vikramaditya’s love interest ‘Prerna’. The movie is being produced jointly by Gopi Krishna Films and UV Creations. Radhe Shyam is slated for the worldwide release on January 14, 2022, in the languages of Telugu, Tamil, Hindi, Kannada, and Malayalam.